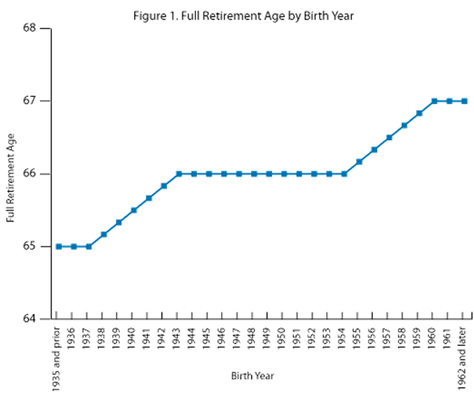 According to the Urban Institute, Americans today are living much longer than past generations.

As a result of the increase in life span, more and more Americans are exploring opportunities to ensure that they are financially stable during their retirement years.

IRAs offer individuals the opportunity to set aside a portion of their income to meet their retirement needs in the future. There is usually no minimum income requirement, which gives everyone, including low income earners, an opportunity to save towards retirement.

Working Americans are able to choose from a number of retirement plans, including:

The Employee Benefit Research Institute (EBRI) in its 2013 survey reported that of the over 1,000 persons surveyed, 72% worked for employers that offered retirement savings packages.

What is a Roth IRA?

The Roth IRA is a type of IRA which provides the account holder with income that is tax-free during retirement.

Roth IRAs are exempted from up-front tax deductions and are tax-free if the Roth IRA rules are followed.

The versatility of the Roth IRA allows Americans, especially those in the lower-income bracket, to make tax-free contributions that will compound over the years.

Established by the Taxpayer Relief Act of 1997, the Roth IRA was named after Delaware’s Senator William Roth Jr. , its chief legislative sponsor.

Traditional IRA contributions (and earnings) that are withdrawn are taxable, and are likely to incur additional taxes for early withdrawal.

For Roth IRA withdrawals, no tax is applicable, once all of the Roth IRA rules are adhered to from the beginning. 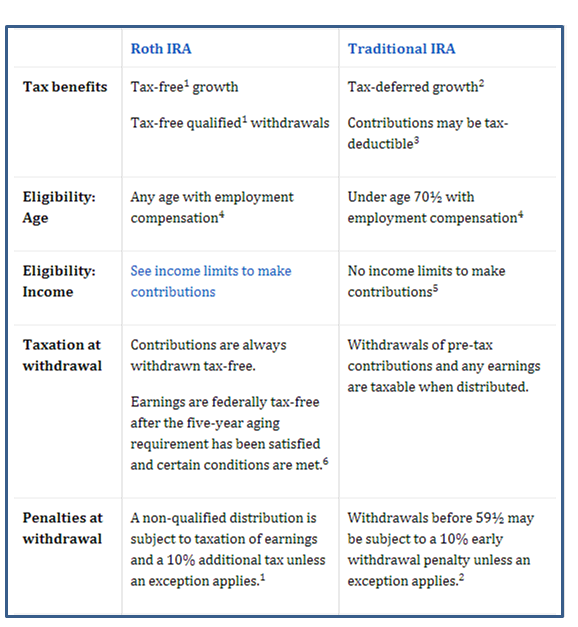 Who is Eligible for Roth IRA?

Although the Roth IRA is very appealing, the income limits makes Roth IRA eligibility somewhat restrictive. High income earners, unfortunately, may not be able to maximize the full benefits of the Roth IRA.

For 2014, the maximum Roth IRA contribution limits allowed is as follows:

IRAs have become extremely popular, and offer tax advantages that are usually not available with most of other retirement plans.

Just how large is the IRA market?

At the end of the fourth quarter of 2012, the asset base of the IRA market reportedly totaled $5.4 trillion in assets, which was just over a quarter of the combined U.S. retirement investment market of $19.5 trillion.

As more Americans become more knowledgeable and financially savvy, the IRA market is expected to continue growing, despite the financial hardships and global economic crisis.

When to Open a Roth IRA

According to the Internal Revenue Service (IRS), a Roth IRA can be opened at any time during the year.

The minimum amount needed to open a Roth IRA account will be dependent on the financial institution or broker of choice. Through an initial assessment and frank discussion, a broker will be better able to recommend the mix of investment options most suited for the contributor based on factors such as age, income and risk tolerance. The broker will also work with the contributor to establish a schedule for contributions to the Roth IRA account.

There are no age restrictions for opening a Roth IRA. From child actors to seasoned career men and women, the Roth IRA is open to workers of all ages. The earlier an individual begins saving towards retirement, the greater the benefits when he or she enters retirement.

Switching IRAs is permitted. A tradition IRA, SEP or SIMPLE IRA may be converted into a Roth IRA if the contributor so desires. Amounts may even be rolled over from one Roth IRA to another.

Death of a Roth IRA Owner

Roth IRA assets can be passed on to heirs. In the event a Roth IRA owner dies, the same minimum distribution rules that apply to traditional IRAs will apply to a Roth IRA.

Within five calendar years following the owner’s death, the entire interest amount on the Roth IRA must be distributed, unless, the interest is payable to a designated beneficiary.

The interest must then be paid to over the life of that beneficiary or the beneficiary’s life expectancy. If the sole beneficiary happens to be a spouse, then the living spouse has the option of delaying distributions until the decedent would have reached 70.5 years old.

The alternate option is for the living spouse to treat the Roth IRA as their own.

The flexibility of the Roth IRA allows contributors to recognize the loss from Roth IRA investments on their income tax return.

Withdrawals from a Roth IRA account are tax-free and penalty-free once the account holder reaches 59.5 years old.

If withdrawals are done before the account holder reaches 59.5 years old, or before the Roth IRA account is five years old, then a penalty will be charged.

The exceptions to penalties being levied for early Roth IRA account withdrawals include: death, disability, and first-time home purchase up to $10,000.

Why are Roth IRAs and Similar Plans Important?

Retirement planning is a critical component for financial security in the future. Whether the plan involves an employer-sponsored retirement plan or an IRA, commencing contributions early is a great way to eliminate many of the worries that come with retirement.

As the cost of living increases, many Americans find themselves putting off saving as they struggle to meet current expenses. Job security and offshoring do not make things any easier for workers who may have an interest in stashing away funds in a Roth IRA for the future.

For some individuals, the challenge is identifying just how much should be set aside for retirement. Fortunately, there are a number of online retirement calculators and Roth IRA calculators that can assist in making a reasonable guesstimate.

With the help of a qualified financial planner, a proper assessment of factors such as the contributor’s current age, expected retirement age, mortality or life expectancy, and expected lifestyle during retirement will give an estimate of a contribution percentage that would be considered ideal.

Proper retirement planning is arguably is the best way to ensure that one’s future quality of life is the best possible. Where long-term care will be required for chronic illnesses and disability, a traditional IRA, Roth IRA or similar retirement plan will be crucial to meeting certain financial obligations. With the overall life expectancy in the United States at 78.64 years of age, and the full retirement age being 67 years for persons born in 1960 or later, the average retiree must have a plan in place to cover 10 years or more of retirement.

To put things into greater perspective, Global insurance provider MetLife reports that the national average monthly base rate for persons living in an assisted living community was $3,550 in 2012, up from $3,477 in 2011. The same 2012 survey reports that private and semi-private rooms cost an average of $248 and $222 respectively.

With proper planning, a Roth IRA, 401(k), or other retirement plan that is well managed, should make life a lot less worrisome and challenging during those golden years.