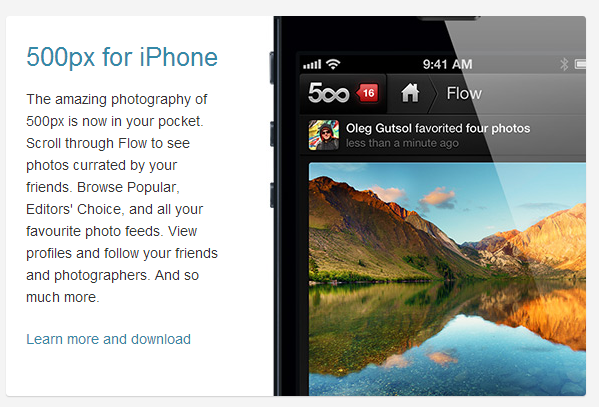 Considered one of the top most promising platforms on the web, 500px is a premium photo sharing platform designed especially for aspiring and professional photographers. It was founded by photographers Oleg Gustol and Evgeny Tchebotarev.

Pronounced five hundred pixels, this online photo sharing platform was designed as a virtual place for photographers to gain exposure for their best works and to connect with other photographers.

Currently, the site hosts more than 6 million photos, posted by people from all over the world. It started out as a social blogging site on Livejournal and in 2009 it launched as a wholly independent platform. 500px has received $525,000 of funding from FF Venture Capital, Deep Creak Capital and Help Line Venture Partners.

The website started with only 1,000 users who mostly joined via word of mouth. But by November 2012, that number had soared to over 1,500,000 users from around the world. In 2012, 500px was named one of the best blogs by Time Magazine. Today, the company employs 30 employees. 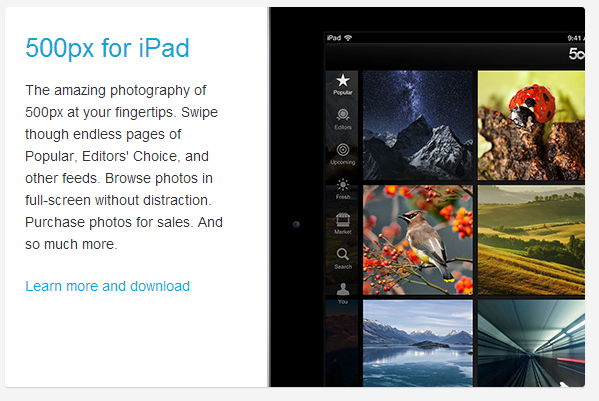 The site can be used as a medium for increasing a photographer’s popularity with the help of 500px members who vote up photos they like and vote down poor quality shots. It is a great place for amateurs and pros alike to showcase their high quality shots and build their portfolios.

If your photo has a great score and loved by the community it can even be featured on 500px’s homepage, which provides greater publicity. As a member you also have the option of selling your photos. Thus, not only is 500px a place to showcase a photographer’s work but also a channel to sell pictures.