Coca-Cola Stock Analysis – Is KO a Buy or should Investors Sell the Stock? 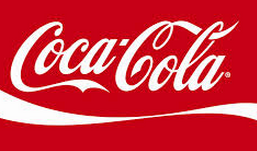 Before reviewing KO's financial results to better understand whether Coca-Cola stock is a good buy or sell, it would help to gain some perspective on a few key statistics about the company.

Coca-Cola operates in over 200 countries, serving more than 500 brands through 23 million retail customer outlets each week. The company offers a portfolio of products that include a wide array of choices in package sizes, sweeteners and beverages — including more than 800 low- and no-calorie options. 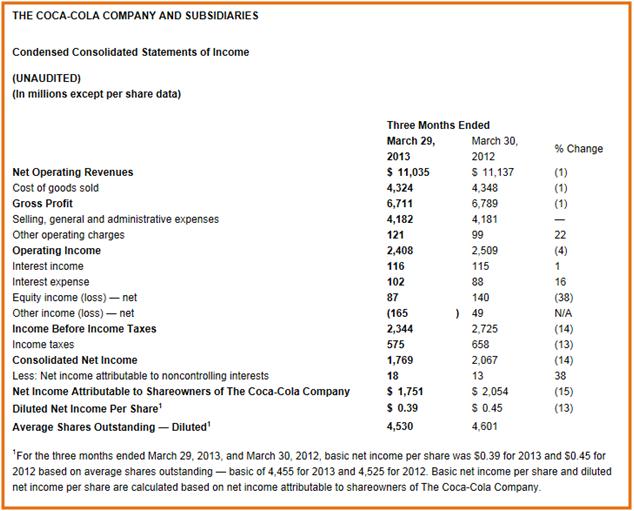 Against this backdrop, the company reported good operational performance for Q1 2013, with acceptable growth in both its key markets – Coca-Cola Americas (+3%) and Coca-Cola International (+5%).

Although the firm was impacted by slowing European volume growth in the first quarter, this slowdown was more than adequately compensated by growth in other markets, including key emerging markets of Thailand (+18%), India (+8%), Russia (+8%), Mexico (+3%) and Brazil (+3%).

Stock analysts that are watching China as a potential make or break region for KO were pleased to note a +1% growth there. Although this might not seem significant, it represents a sequential improvement from Q4 2012.

While volume growth has improved overall, the firm’s gross profit margins declined slightly from Q4 2012 (60.32%) to Q1 2013 (60.29%). Q1 Net Revenues were down by 1% from Q1 2012. The company's Operating Income dipped by 4%, impacted by a steep rise (22%) in Operating Charges. Long deemed a cash-flow machine by analysts, KO reported Q1 cash from operations of $478M, a decline of 3% from last year. This should not be alarming to investors, however, as the company has been spending to gear up for the upcoming busy summer season in growing international markets.

During Q1, KO management paid out a total of $1.1B in the company's share repurchase program, and is targeting net share repurchases of between $3.0 and $3.5 billion for 2013.