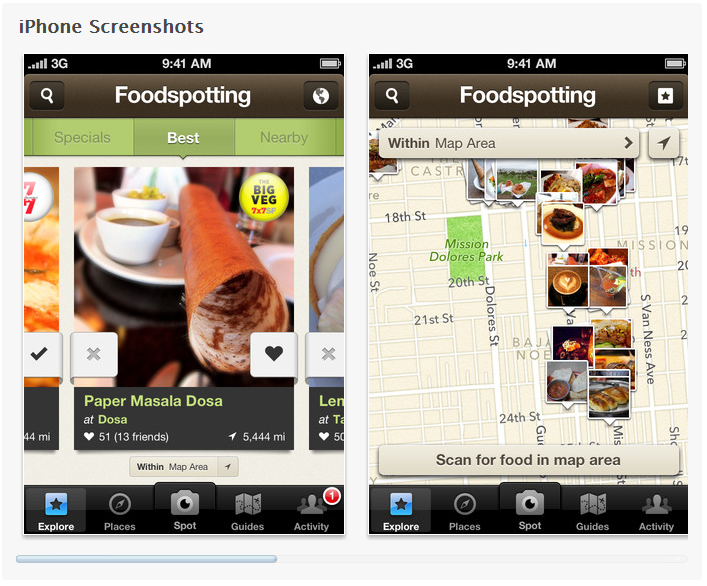 Next time you’re looking for a place to eat, get more than just restaurant recommendations. Now you can also get reviews on food being served at those restaurants.

Foodspotting.com is a startup that allows users to find great food as well as local eating places. Their tagline is “Find & share great dishes, not just restaurants”. The platform also serves as a popular virtual community board for local restaurants who want to share their daily specials.

You can add recommendations for your favorite dishes by simply snapping and posting a picture to Foodspotting. You can also share your review on Facebook and see other food recommendations your friends are making. 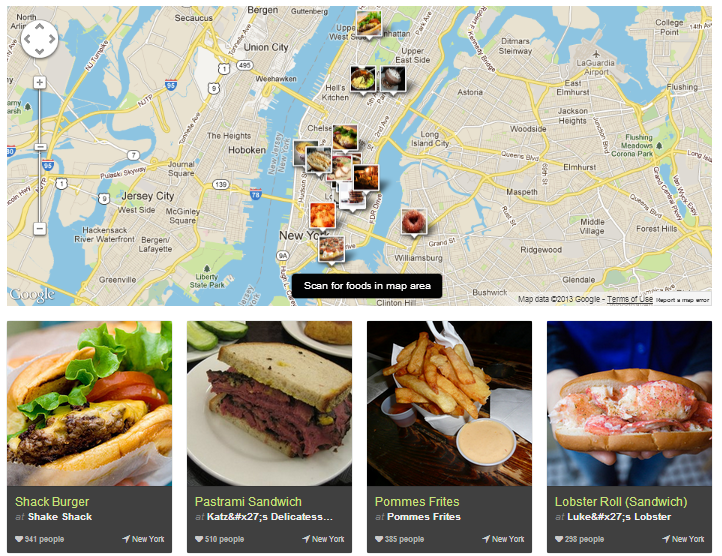 Founded by Alexa Andrzejewski, Ted Grub and Soraya Darabi, the company has raised $3,750,000 from companies including BlueRun Ventures, Felicis Ventures, High Line Venture Partners and Zelkova Ventures. $3 million was raised through a Series A round, while $750,000 came from seed funding.

Since it launched in September 2009, Foodspotting has received a tremendous amount of interest from users. National chains have also shown a great desire to promote their menus on Foodspotting’s platform.

The company has also partnered with Travel Channel. It has its own program hosted by Anthony Bourdain, who gives viewers the scoop on great restaurants and dishes spanning several continents.

In 2010 the startup launched an iPhone app so people on the go could add or get reviews wherever they may be. The app shows a personalized menu for you based on your eating tastes as well as the highest rated meals at a restaurant of your choice. The company is also testing a BlackBerry application.

To date, Foodspotting has hit more than one million downloads, particularly on its many applications, and has hosted more than 720,000 photos. This is more than enough to satisfy food eaters all over the world.