Most economic indicators show a growing U.S. economy, albeit at a slower than expected pace. The housing market, however, has been showing a stronger than anticipated growth, with the S&P/Case-Shiller Home Price Index showing double-digit annual price increases for U.S. homes. This trend will continue to be an extremely favorable catalyst for FMCC, as mortgage and lending activities continue to rise.

Since coming under the stewardship of the FHFA (at the height of the financial crisis), Freddie Mac has gradually taken steps to improve the quality of its credit loan portfolio. The firm has strengthened its underwriting policies and has greatly reduced its high-risk loans segment – moves that have boosted the credibility of the company's balance sheet and caused a surge in the number of investors buying Freddie Mac stock.

As reported by Freddie Mac in April 2013 (one month after Q1 2013 earnings were reported), "the aggregate Unpaid Principal Balance (UPB) of our mortgage-related investments portfolio decreased by $5.9B in April". This trend definitely bodes well for shareholders and will be a favorable catalyst for the stock as investors consider whether FMCC is still a good buy and hold for the long term.

While FMCC has done a lot to tighten up its lending policies since 2008, shareholders needed to see concrete proof that a turnaround is actually taking place. As noted in the firm’s Q1 earnings report, Freddie Mac’s single-family delinquency rate has decreased from 3.03% in March to 2.91% in April. Multifamily delinquency rate decreased from 0.16% in March to 0.09% in April. A declining delinquency rate is a favorable catalyst for FMCC’s growth prospects and an important metric for determining whether Freddie Mac stock is a good buy, sell, hold or short.

While all of the above are extremely favorable catalysts for FMCC, investors must exercise caution about diving head first to buy FMCC stock, which essentially looks to be "on sale" now. Should the U.S. housing recovery prove to be a false start, or should there be unintended (and unforeseen) consequences to any Federal Reserve (Fed) tapering off of its stimulus program later this year, then economic recovery-sensitive stocks like FMCC may yet be hard hit when investors sell their Freddie Mac shares as they rush for the exit

The impending changing of the guard at the FHFA might prove to be a seriously negative catalyst for FMCC. If, as suggested by the Wall Street Journal, Mr. Mark Zandi assumes the helm of the Agency, then things might not bode well for FMCC. Mr. Zandi is on record for his views that the government would be well advised to do away with both Freddie Mac and Fannie Mae (FNMA), and replace them with a new entity based on a hybrid public-private ownership-based venture. Should this happen, there most likely will be a flood of sell orders for FMCC stock, which will cause the stock price to plunge.

(Other News: Why BAC is a good Buy in 2013 – Bank of America Fundamental Stock Analysis)

The unending barrage of lawsuits, some settled, some in various stages of being resolved, and some recently initiated, could also haunt the company for a long time to come. These proceedings often take years to wind through the U.S. justice system, and more often than not end up costing the winner as much loss, in treasure and reputation, as the loser. For FMCC, this could be an overhang on the stock's price, as well as serve as a distraction to management's focus.

As seen in the Key Financial Stats table below, Freddie Mac shows an 11.27% profit margin and 19.92% operating margin. These percentages, which are much higher than the industry average, show that Freddie Mac is doing a better job in generating profits (from total sales) compared to its peers.

The firm’s management has become much more effective in optimizing the company’s assets and equity. For every dollar of company asset, the firm is generating $0.114 (11.40%) Return on Asset (RoA) versus the industry average RoA of $0.0024 (0.24%). For every dollar of equity, the firm is generating a staggering 34.07% Return on Equity (RoE), compared with the industry average ROE of 1.36%.

(Other News: eBay Stock is up 75 Percent – Time to Buy, Sell or Short the Stock?)

FMCC’s Debt to Capital ratio is a major metric that investors should consider when evaluating whether Freddie Mac stock still makes an attractive investment for their portfolio. Although management reduced the percentage of debt used in the company’s capital structure this year, FMCC still has a Debt to Total Capital ratio of 99.49% and is among the most highly leveraged companies in the Thrifts & Mortgage Finance industry. The industry’s average Total Debt/Total Capital (MRQ) is 17.11%, much lower than FMCC’s 99.49% leverage ratio. 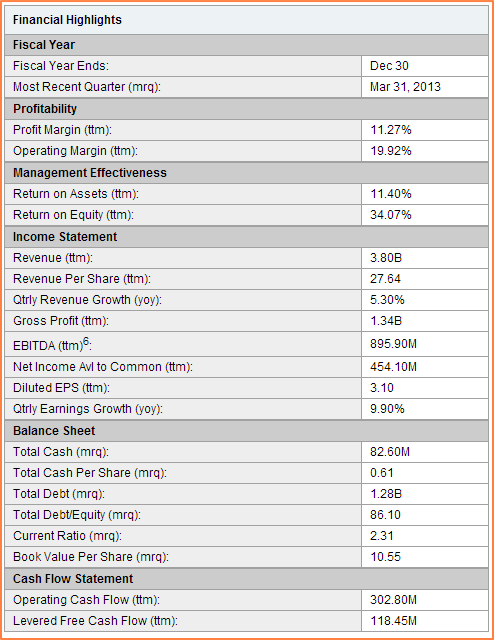 From Jan to Mid-March, Freddie Mac stock traded relatively flat. During the latter half of March 2013, the stock took off, largely on news headlines, including a rally on reports that accounting adjustments in FMCC books could potentially put billions of dollars back in the company's balance sheet, which it could then use to repay part of its government bailout obligations.

(Other News: Is Facebook Stock (FB) Still a Good Buy?)

Since that rally, the stock has been rather volatile, reacting to various news headlines as well as fundamental signals (many of them positive). And while the stock has been having a rough ride, investors will be happy to see that it has thus far not breached support at its 50-day Simple Moving Average (at $1.40), trading instead above or close to that price for most of the past 3 months.

Given that the overall U.S. housing market is still in recovery mode, it is hard to see where this stock goes from here. Seeing that this stock is largely headline driven, technical-minded investors would do well to keep a close watch on any developments in the press. Should there be some signal from the Fed as to the timing (or inclination on their part) of possibly taking the company out of government stewardship, there could potentially be a pop in the stock price.

On the other hand, should such an announcement indicate such a move is not likely to take place in the near future, then we could see the stock break support at its 50-day SMA, and testing support at its 100-day and 200-day SMA's.

Based on the speculative nature of Freddie Mac stock, MarketConsensus would rate FMCC as a HOLD. Further improvement in the company’s prospect would warrant a strong BUY.

Best of luck in your investing,
MarketConsensus News