Freddie Mac Turns its Business Around. Stock Surges and Continues to Rise 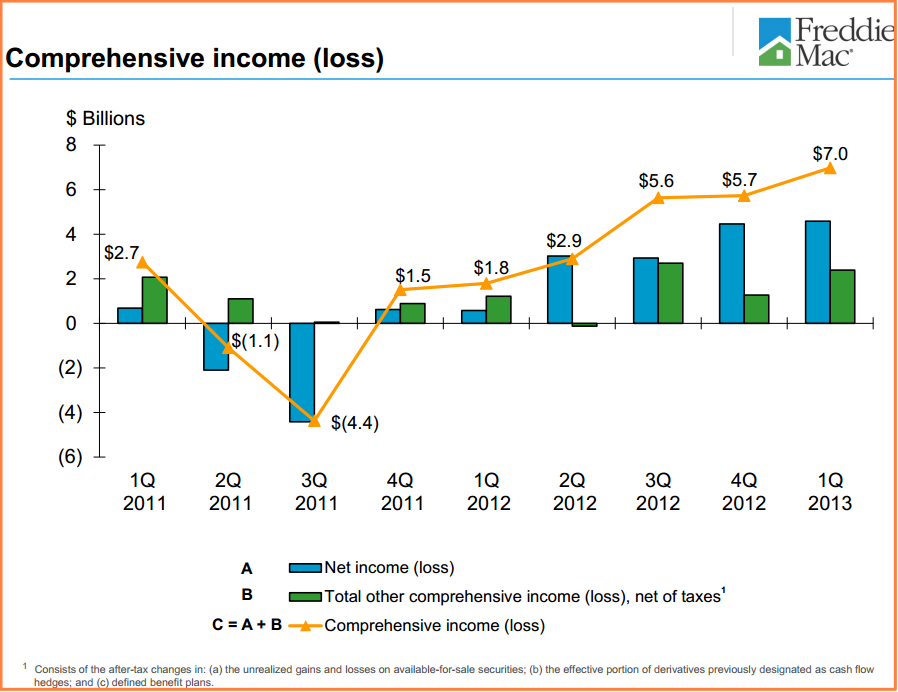 Freddie Mac Turns its Business Around. Stock Surges Over 500%

Investing in Freddie Mac (FMCC) stock is considered highly speculative given that the US government owns 80% of the firm and is still considering whether to fully liquidate the company. This has not stopped investors from bidding up the share price, with expectations of further turnaround in the company’s prospects. Year to date, Freddie Mac’s stock has become one of the highest stock gainers in 2013, rising over 500% to land on the list of this year’s top stocks and biggest stock gainers. 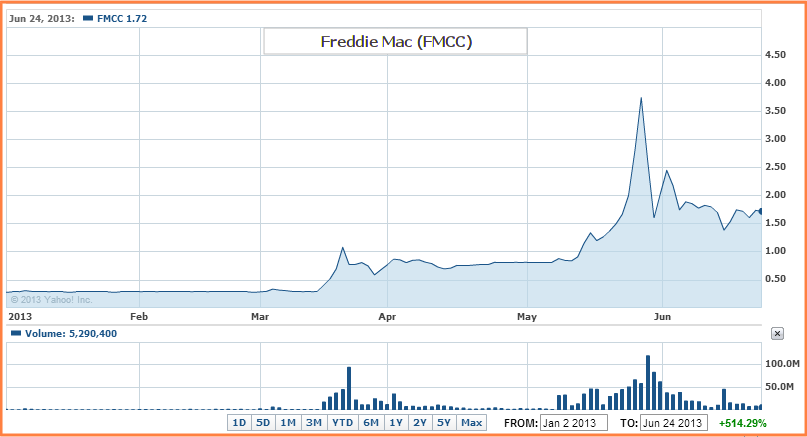 Delisted from the New York Stock Exchange (NYSE) around this time in 2010, Freddie Mac stock now trades in the Over-The-Counter Bulletin Board (OTC BB).

See Also: What to Invest In, Where and How to Invest Money (New & Beginning Investors)

In May of this year, Freddie Mac released its Q1 report, announcing a higher than expected $4.6B in Net Income, a $124M rise from last quarter. The reported Net Income figure was the second highest in the history of this company, clearly establishing that the beleaguered FMCC is now back in business.

Taking “other comprehensive income” into consideration (Non Agency Available-for-sale (AFS) securities), FMCC reported a Comprehensive income of approximately $7.0B, which was a $1.3B improvement over Q4 2012.

As the U.S. Housing market has continued to show signs of recovery, Freddie Mac has been increasing its provision of liquidity to this very important segment of the U.S. economy. During Q1 2013, Freddie Mac injected roughly $138B of funds through the acquisition of loans and mortgage-related securities.

Operationally, the company continues to increase its level of support to borrowers looking to refinance their homes through federal government programs, including the Home Affordable Refinance Program (HARP). During the Q1 2013 period, FMCC acquired roughly 113,000 HARP-based loans, which represented a 33% improvement quarter-over-quarter.