The Future of Big Oil Companies – Are Oil Stocks a Buy, Sell or Hold? 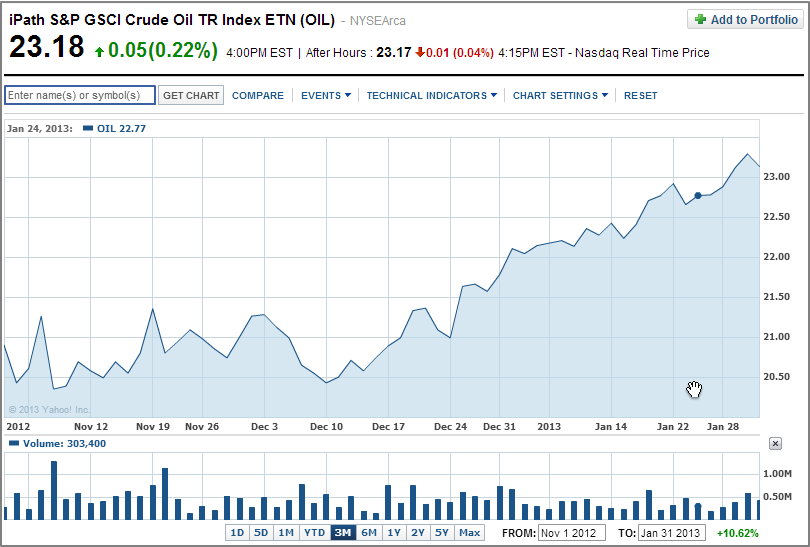 As the stock market has risen over the past few weeks, oil stock prices have also reached new highs. On the heels of a fiscal cliff deal by Congress, the oil market has quickly climbed to nearly $100 per barrel. This translates to a 30 or 40 cent increase per gallon at the pumps across America since one year ago. While consumers may not be happy about the price jump, big oil companies are thrilled about the revenue boost and rapid growth.

During the financial crisis of 2008, gas prices fell and many oil companies were losing money. However, now that the economy is beginning to recover, big oil firms are starting to see profits once more. The top industry players, including Exxon Mobil, Chevron, Royal Dutch Shell, and ConocoPhillips, saw high earnings and growth in 2011. Although these corporate giants have achieved record revenues recently, many analysts say the upswing is not sustainable in the long run.

With political unrest in the Middle East and production cuts around the world, the price per gallon of oil has been climbing rapidly. Exxon stock and Chevron have seen their stock prices climb more than 5% since November of 2012. Up from $85 in early December, the price of crude oil has risen to $97 due to declining reserves in Saudi Arabia and the temporary resolution in the U.S. fiscal cliff.

Exxon, the world’s largest company by revenue and the second largest by market capitalization, seems to have a leg up on the competition – Chevron, Shell, BP, and ConocoPhillips. At nearly six million barrels per day, Exxon produces more oil than any of its competitors and maintains enormous reserves, too. While companies like Chevron and Royal Dutch Shell decreased their production last year, Exxon bumped up its oil production. The company tends to earn a higher profit than the others, with almost twice the net income of its closest competitor in 2011. In recent news, Exxon agreed to acquire Celtic Exploration, an oil exploration firm based in Alberta, Canada. With the big changes and growth that Exxon has seen, the company could achieve record profits in 2013.

Although Shell and Chevron produced less oil in 2012 than Exxon did, both companies are in a much better position than BP, which is still trying to recover from the Gulf Coast oil spill of 2010. The event left thousands of people and animals displaced or struggling to make a living. BP aims to improve its public image and win back the trust of consumers, but Shell and Chevron are excelling in the meantime.

In addition to oil production, Royal Dutch Shell has started to make large investments in natural gas. Since many customers want to see alternative fuel sources in the near future, the demand for natural gas may become greater than that for oil. There is great potential for Shell stock to skyrocket if the natural gas market takes off.

Customers should have their eyes on the big oil companies this year, because Exxon, Shell, and Chevron are breaking barriers with their revenues and profits. While BP is working to repair its reputation among customers and investors, other big oil companies are reaping the benefits of economic conditions, political decisions, and other world factors. Additionally, some firms are venturing into areas such as natural gas and alternative fuels, which are the way of the future. Stay tuned into the happenings of these companies because this will be the year they return to extraordinary earnings and take advantage of multiple growth opportunities.