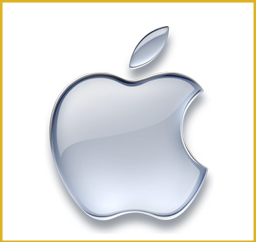 8 months ago Apple Inc. (AAPL) sat at the pinnacle of success. For more than a decade it had consistently produced one block buster product after another. The MacBook, the iPod, the iPad, the iPhone were all instant hits.

Just 8 short months ago, AAPL was regarded as the most valuable company in the world (by market cap), being valued at over $625B. To put that into context, AAPL was worth over $200B more than Exxon Mobil, the world's largest oil company.  And shares in the company that Steve Jobs built hit an all-time high at $705 back then. Today, as we write this piece, AAPL is trading slightly above $405,  a decline of over 42% from its prime time value! The plunge in the stock's price (graph above) at close of trading on Apr 23 reflects investor reaction to Apple’s Q2 earnings announcement.

Decay at the Core of the Apple?

AAPL released its 2013 second quarter results on Tuesday Apr 23 and topped analysts' revenue estimates. It also reported its first profit growth decline in a decade. Initially, investors reacted to the headlines and the stock had a brief rally. However, once realities sank in, the stock traded down afterhours.

What's going on here? Is the company finally losing its mojo? Or are consumers looking for fresher fruit elsewhere? Let's take a brief look at what may be ailing the giant.

There's no doubt that AAPL is still going through a period of "mourning" following the passing of Apple’s chief visionary, Steve Jobs. Tim Cook has done a stellar job of assuming the reigns so far, but when it comes to vision, he is definitely no Steve Jobs – not by a long stretch. A lot is said about Jobs' leadership style – brash, exclusive, tyrannical – but at the end of the day he delivered the goods year after year, with smash hit after smash hit.

AAPL's Press Release announcing Steve Job's resignation as CEO said it all: “Steve’s extraordinary vision and leadership saved Apple and guided it to its position as the world’s most innovative and valuable technology company." It is precisely that kind of personality that the company needs now – but that kind of leadership and vision is no more.  There's nothing wrong with change, and Mr. Cook has brought his unique brand to the company. However, unlike a canoe, it takes time to turn a juggernaut around.  And the clock ticks!

In all fairness to Mr. Cook, when Steve Jobs was at the helm of things, competitors like Samsung were still in the process of getting their act together. But since then, the South Korean giant has been giving AAPL a run for its money. Samsung's strategy to introduce cheaper and highly innovative products for specific markets has paid huge dividends. As a result, they have managed to take a big bite out of the apple pie!

AAPL has not stood still in the face of this renewed threat however. In response, lower cost iPads and iPhones were introduced for the Chinese market, for instance.  However, competing on price comes with a price: Lower gross margins, as evident from AAPL's latest quarterly results.

(See Also: Apple vs. Google. But Wait, There is a Third Contender)

Mr. Cook's strength is in operations and logistics, and he has implemented a number of cost cutting and cost efficiencies in the company's supply chain to deal with the new competitive landscape. Still, with newer entrants into AAPL's domain, like the Microsoft Surface Tablet device, a lot more than cost-cutting and cost-savings is needed.

Almost everything that Steve Jobs dreamed about turned out to be a hit. From MacBooks to iPhones. And the ubiquitous iPod and increasingly popular iPad. Jobs was synonymous with innovation. In the 20 months or so that Cook has been at the helm of things, not much has happened in the "innovation" department. Most of the new products rolled out since then have really been "same but different" versions of what Job had developed.

(More: iPhone vs. Android – Two views on the winner!)

Interestingly, in some ways, Cook's "innovative" style may even be counter to that of Jobs. For instance, a 7-inch version of the iPad was launched under Mr. Cook's watch. A true "same but different" approach to innovation if there ever was one. Yet, when Blackberry first launched its 7-inch Playbook tablet device (to compete with its larger-screened iPad competitor), it was Jobs' assessment that a "7 inch tablet is DOA (Dead on Arrival)". Cook obviously disagreed!

The latest iPhone 5 is yet another device that seems to mimic most features and functionality of its predecessor – a Jobs era innovation. Sure, there are a few "new" surprises built into it, but nothing that might stand out as truly "innovative". As part of Apple’s recent quarterly result Press Release Mr. Cook commented: "Our teams are hard at work on some amazing new hardware, software, and services and we are very excited about the products in our pipeline."

Perhaps Mr. Cook was talking about the much rumoured Apple Wrist watch. Or maybe it was a hint at the much talked about Apple TV. It is precisely that type of innovation that the company needs to once again become the Apple of Wall Street's eye!

What the future holds

Based on information provided in the latest quarterly earnings package, analysts don't expect AAPL's fortunes to turn around until sometime in the Fall of 2014. That's most likely when some new and innovative product, currently in the pipeline, may start seeing the light of day. But in the fast paced IT world, the Fall of 2014 seems light years away. Much can happen between now and then:

In its short term outlook, AAPL has already warned investors of more not so good news in the next quarter, largely due to competition and overall economic slowdown.  For investors, the latest quarterly results held some good news too: The Company has raised its dividend by 15% to $3.05 per share. Mr. Cook also reaffirmed AAPL's commitment to expand its share buyback program – yet another way to create shareholder value. The company has also pledged to more than double shareholder return to the tune of $100 billion by the end of 2015.

These are great moves to buoy the sagging stock in the short term. The million dollar question is: Will investors and consumers continue to be patient enough to wait for the longer-term arrival of AAPL's next best thing?