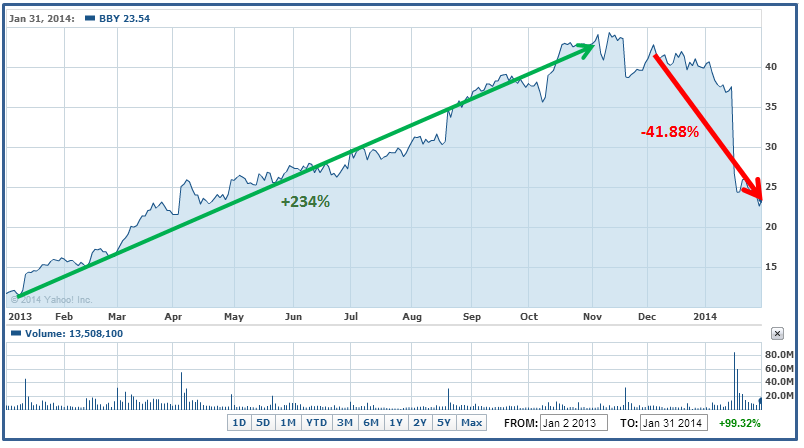 Incyte Corp Ltd is a biopharmaceutical company that is in the business of discovering, developing and commercializing proprietary small molecule drugs to treat serious unmet medical needs.

A major reason that the shares have been on a tear has to do with its revolutionary drug Jakafi, which is the first and only FDA-approved drug for the treatment of Myelofibrosis (disorder of the bone marrow).

As competing drugs, such as Xeljanz and Fostamatinib, are discontinued or soon to come off-patent, Jakafi continues to extend its monopoly status.

If you have missed catching this train in 2013 then you may want to hold off hopping on it anytime soon.

Skeptics point to the fact that an expansion of Jakafi's patient universe may be a hard sell for the company and that the drug hasn't really shown a huge improvement in patient survival.

Additionally, competitors Geron and Sanofi are slated to bring out their versions of similar treatments shortly.