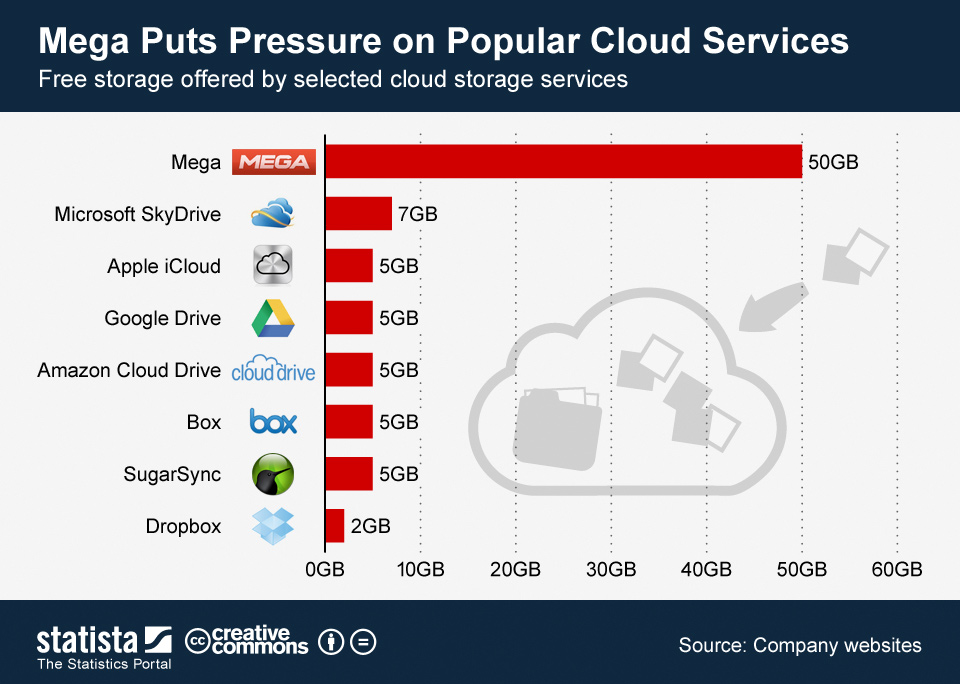 Kim Dotcom started Mega.com in January of 2013 in order to recreate his Megaupload.com file-sharing platform, but this time within the bounds of the law.  The beta version of the file-sharing site, which looks like a simplified version of Dropbox, offers mobile access, instant messaging, and word processing services.

As of Mega’s opening to the public on January 19, the platform has begun to add hosting, email, domain-name services, and a cloud-based Office-like suite – showing that Mega aspires to be much more than simply an encrypted version of Dropbox.  Non-paying users are allotted a whopping 50GB of space; premium members can choose from 500 GB, 2TB, and 4TB, running at $13.29, $26.59, and $39.90 per month, respectively.

The site garnered such an overwhelming response on the day of its rollout – announced by Kim Dotcom via Twitter – that the server’s capacity was on maximum load with over 250,000 registrations in the first two hours.

Within the first two weeks, however, Mega had 150 copyright warnings and had begun removing content that infringed upon copyright law.  Dotcom, along with his army of attorneys, have responded that they are promptly responding to any allegations of infringement.  The potentially illegal user activity prompted Dotcom to temporarily shut down the site on January 31st, determined not to allow the site to fall into the same legal pitfalls as his previous venture.

In the near future, Dotcom is planning to launch Megabox, an online music streaming service that would rival Spotify.  Dotcom had planned to launch the service at the same time as Mega, but decided to hold off until the dust had settled.