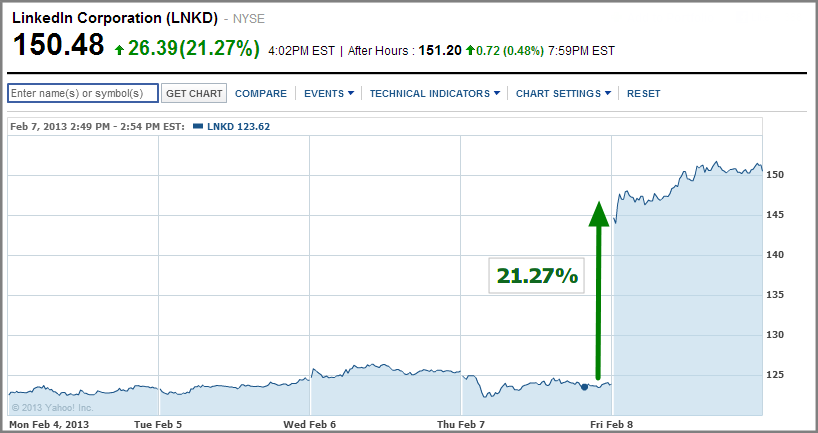 The firm ended the year with 202 million members, an increase of 39% from the previous year.

"2012 was a transformative year for LinkedIn," said Jeff Weiner, CEO of LinkedIn. "We exited 2011 having successfully revamped our underlying development infrastructure. Based on that investment, we said that 2012 would be a year of accelerated product innovation, and it was”.