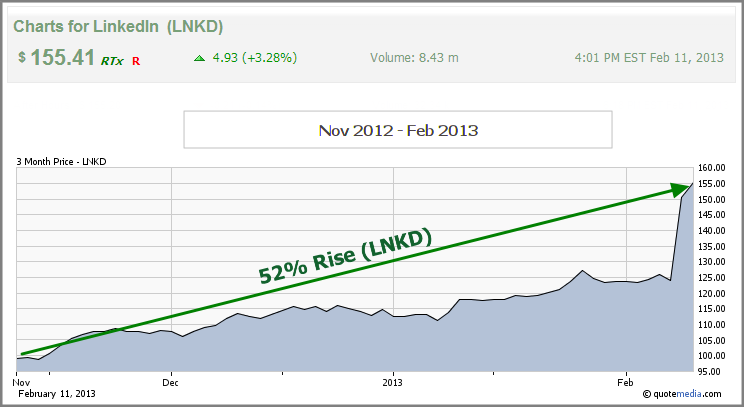 On Friday, February 8, 2013, LinkedIn (LNKD) reported Q4 earnings that blew past Wall Street analysts’ estimates. The firm reported an 81% increase in revenue from the previous year. Stock analysts had been expecting fourth quarter revenue of $279.5M, but LinkedIn reported a much higher than expected $303.6M figure.

Investors scrambled to purchase LinkedIn stock on Friday, sending the stock price surging up 21% by the end of the trading day. In the last three months, LinkedIn’s stock has risen over 50%, a situation that is causing investors to question whether LinkedIn Stock (LNKD) is a good buy, sell or hold. Others are even wondering if LNKD is a good candidate for a short sale as it looks to have risen too high, too fast.

Yesterday (Monday, February 11, 2013), LinkedIn (NYSE:LNKD) was downgraded from Outperform to Market Perform by Northland Capital. The stock currently shows a Trailing Price/Earnings (ttm) of 817.95, a ratio that is just too high for a lot of investors and making them question the valuation prospects of the stock.

Reid Hoffman started LinkedIn in 2002 in his living room and officially launched the firm on May 5, 2003. Now considered the world's largest professional network, LinkedIn has 200 million members in 200 countries around the world. It has a diversified business model with revenues coming from member subscriptions, advertising sales, and talent solutions. These three streams have experienced an increase in generated revenue (see image below). 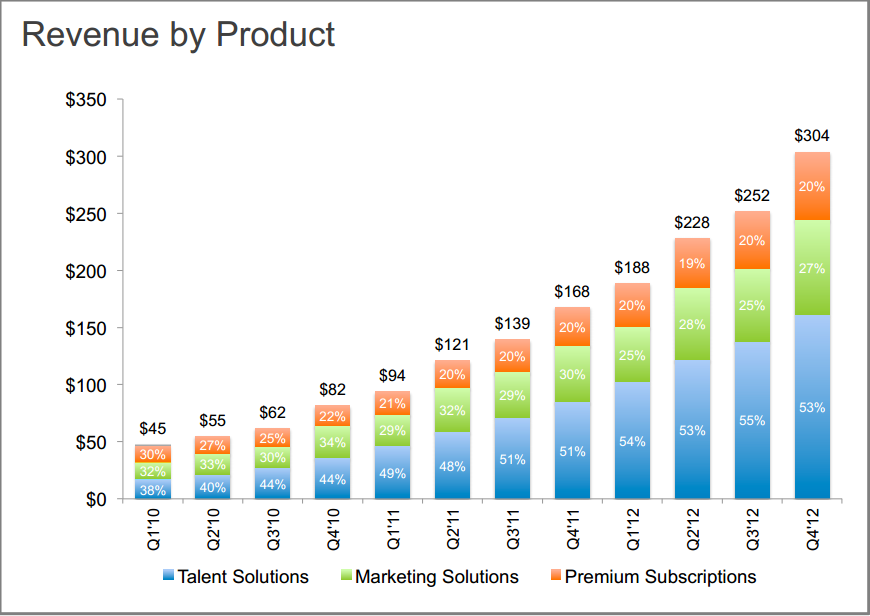 The company generates most of its revenue from Talent Solution (53%) and is successfully taking on Monster.com in the talent-job search arena. Analysts expect it to soon surpass Monster.com as the #1 online recruiting website as recruiters look to LinkedIn as their primary recruiting resource.

Member subscriptions and advertising sales account for the remaining 47% of total $303.6M Q4 revenue. During the same period last year (Q4 2011), revenue came in at $167.M, $135.9M less than the recently reported figure. 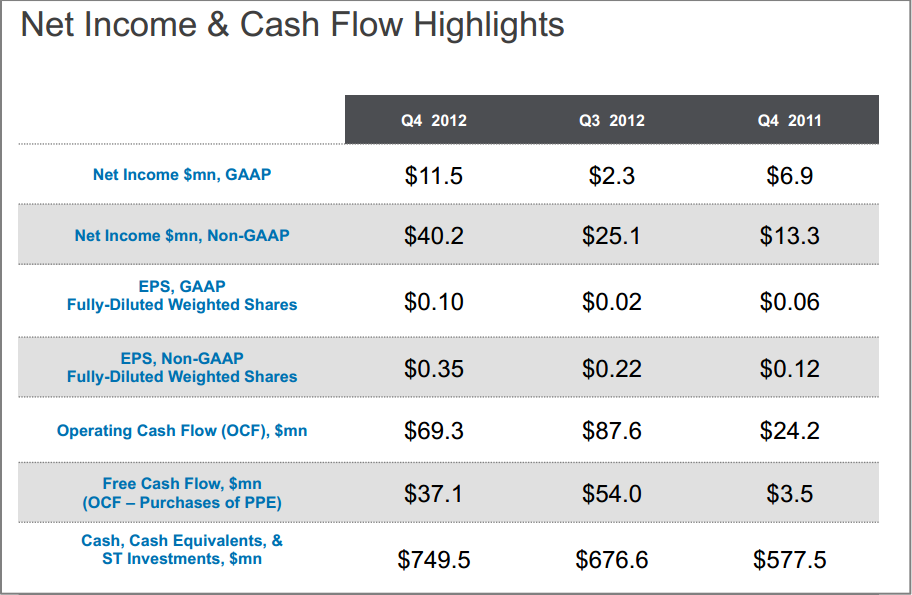 The firm looks to be firing on all cylinders. Here is LNKD’s Fourth Quarter Financial Details and Operating Summary as presented on their press release: