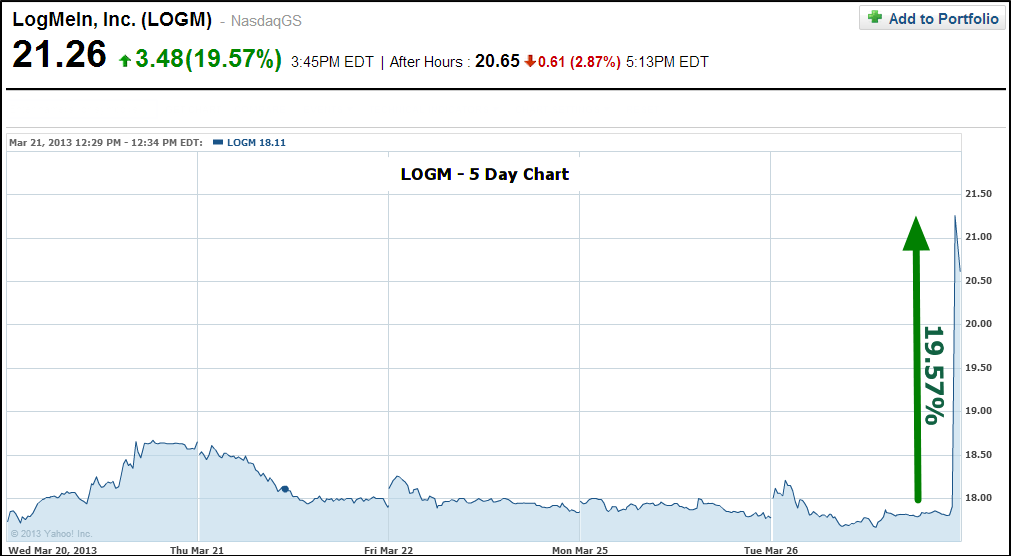 Shares of LogMeIn stock (LOGM) soared 19.57% today making the stock the highest gainer (by percentage points) across the NYSE and Nasdaq. The stock surged as news broke that LogMeIn had won a Patent Case.

"LogMeIn which operates a service that lets people remotely access their computers, announced that a federal jury decided in its favor in a patent-infringement case brought by 01 Communique. The jury reached an agreement that LogMeIn products do not infringe on a patent held by 01 Communique, as the company alleged in its lawsuit."