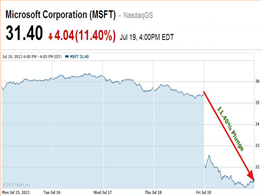 Microsoft’s stock (MSFT) declined sharply after the 7/18 earnings release due to the figures coming below analysts’ market consensus. The next day, 7/19, the stock fell 11.40%. 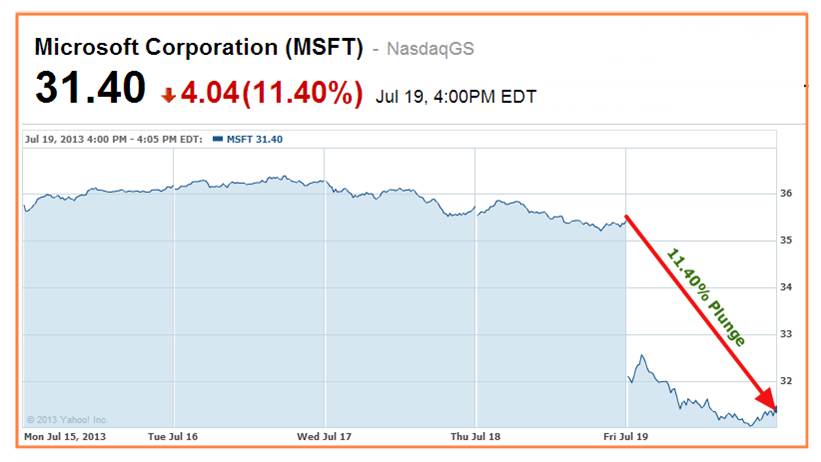