Is MSFT a Good Buy in 2013? Microsoft Stock Analysis (Buy, Sell or Hold) 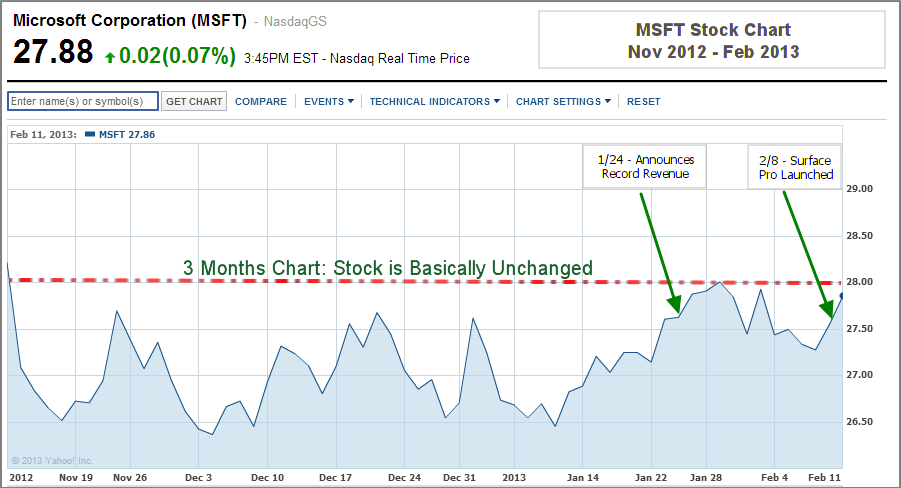 In the past six months, Microsoft has launched three major products aimed at invigorating the company's prospects. Its latest product, the Surface Pro was launched on February 9, 2013 and has since been met with supply shortages and a slew of other issues. Business Insider reports that "in our review of the Surface Pro, we found that the device was very powerful, but didn't make a great laptop replacement. It suffers from poor battery life and a lack of tablet-optimized apps".

Others argue that the supply shortage is a good thing, as it implies strong demand for the firm's newest product. In a statement released yesterday, Microsoft stated: "we are pleased that the demand for the Surface Pro is so great. Our focus is to get 'ordered' Surface units delivered to our customers as quickly as possible”.

On January 24, 2013, Microsoft reported record quarterly revenue of $21.5 billion for its 2nd quarter. Despite the improved financial picture and latest product launches, the company’s stock (MSFT) has remained essentially flat, a situation that is causing investors to question whether Microsoft stock is a good buy, sell or hold in 2013. 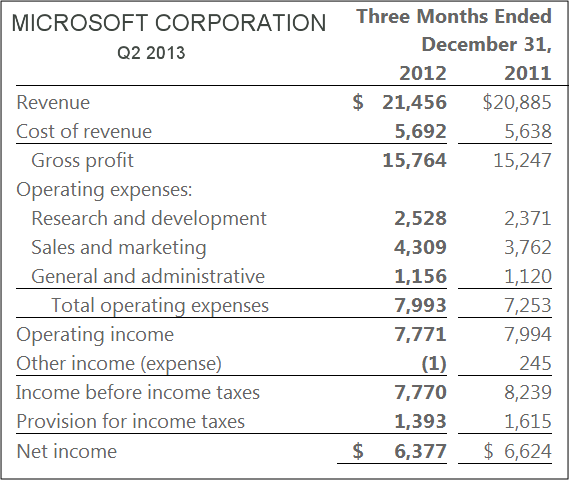 Despite the firm’s improved revenue from the previous quarter, its Net Income of $6.37 billion came in slightly less than the $6.62 billion reported in Q2 2011. Sales and marketing expenses were much higher in FY 2013 due to increased spending to market the recently launched products (Surface Pro, Surface RT, Windows 8, etc.). MSFT continues to maintain its huge cash chest with reported total cash of $68.10 billion. Revenue for the last twelve months (ttm-trailing twelve months) comes in at an impressive $72.93 billion.