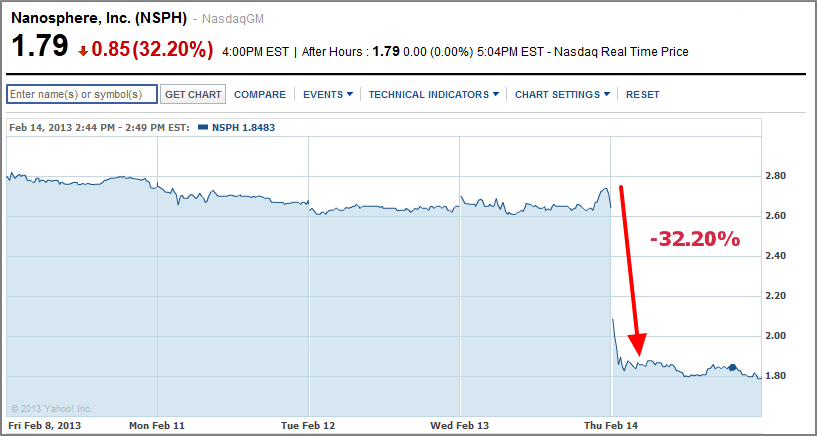 February 14, 2013 – Shares of Nanosphere (NSPH) stock dropped -32.20% today. The stock was the biggest loser across the NYSE and Nasdaq, ending the day at $1.79. Yesterday, the company, a leader in the commercialization of advanced molecular diagnostics systems, reported Q4 and 2012 full year financial results.

The company also announced that Nanosphere's President and CEO, William P. Moffitt, will be stepping down to be replaced by the firm's Chief Commercial Officer.

In the last five days of trading Nanosphere (NSPH)'s stock has dropped by over 36%.