1/18/2013 – The end of the trading day on Thursday was a stark difference from what we saw on Tuesday. On Tuesday afternoon, Pakistan’s main index, The Karachi Stock Exchange benchmark 100-share index, plunged 525 points based on breaking news of a Supreme Court order to arrest Pakistan's Prime Minister Raja Pervez Ashraf on corruption charges.

The story continues to unfold, however, as Pakistan's anti-corruption agency is refusing to arrest and prosecute the Prime Minister. “We expect the market to be politically driven in the upcoming days" said a dealer at JS Global Capital Ltd. "Better than expected results in the upcoming result season should also provide support to the index,” he added.

Investors are not the only ones worried. According to a DW news report, "experts are not ruling out the possibility of a military takeover in Pakistan after the country's top court ordered the arrest of the PM". 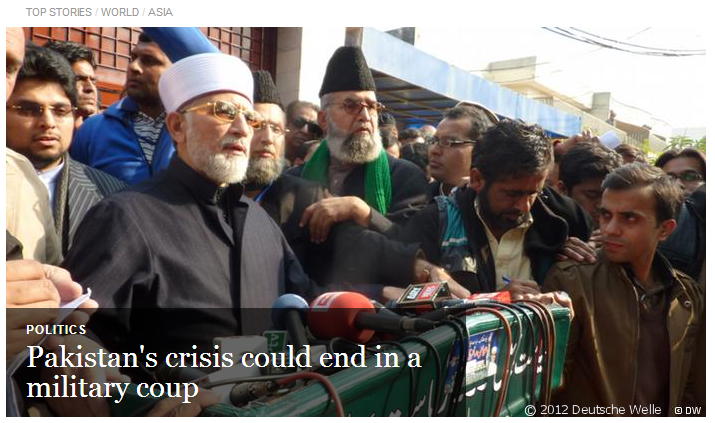 For the last couple of days, the KSE exchange floor has been swamped with stock traders and other institutional investors with their ears stuck to their smartphones. All day long, they answered calls from thousands of worried investor clients as their eyes stayed glued to the many TV monitors that blared out the unfolding events.  PM Ashraf and his government plan to challenge the Supreme Court order – which opens the curtain to more political drama.

The political upheaval combined with pro-government activists and anti-corruption protesters demonstrating in favor of and against PM Ashraf are all weighing heavily on the decisions of investors.

See Also: Tell others about MarketConsensus News for a chance at $1000 – Click for more info

On Thursday, however, stocks stabilized and their prices climbed higher. The Karachi Stock Exchange benchmark 100-share index rose 109.62 points to close at 16,291.09, which is not a considerable figure but a life saver for sure.

Pakistan’s foreign exchange reserves are another troubling issue for stock investors. “These are not at critical levels just yet but the International Monetary Fund has described them as being ‘below adequate.’ Now when the IMF says it is ‘below adequate,’ your reserves are in serious trouble.”

Other News: Apple’s Stock Price – an Opportunity for Individual Investors

Late last year, the IMF published a report on Pakistan’s economic challenges and highlighted inflation as one of the country’s structural issues. As reported by Pakistan Bureau of Statistics, the country’s current inflation rate stands at 7.90% (as of December 2012). This, however, is less than the ten-year inflation average of 10.5%