Seamless is a free app that offers an online food ordering service, and it is revolutionizing the traditional delivery and takeout system. By connecting hungry customers with local restaurants, Seamless has streamlined the process of finding and ordering food. 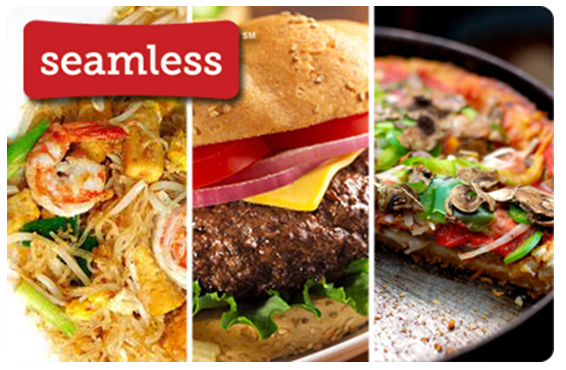 Seamless’s CEO Jonathan Zabusky, has largely been responsible for branding and expanding the company since he joined in 2007. Based in New York, the twelve year old company manages to retain the agility of a startup through constant innovation and expansion.

Seamless has 1.5 million users from over 11,000 restaurants in 40 cities, and is well-established in New York, London, Boston, Chicago, San Francisco and Los Angeles. Business is currently expanding (or “heating up,” in the company’s parlance) in Austin and Seattle.

The sheer volume of transactions demonstrates the service’s popularity; Seamless facilitated more than $400 million in food orders in 2011. While sizeable, this is but a drop in the bucket according to Seamless’ leadership. The U.S. potential market is huge, with nearly half of all men and forty percent of women ordering delivery or takeout at least once per week. Of the $25 billion market only 10 percent has moved online, a trend which Seamless hopes to accelerate as consumer behavior changes and the company continues to expand. 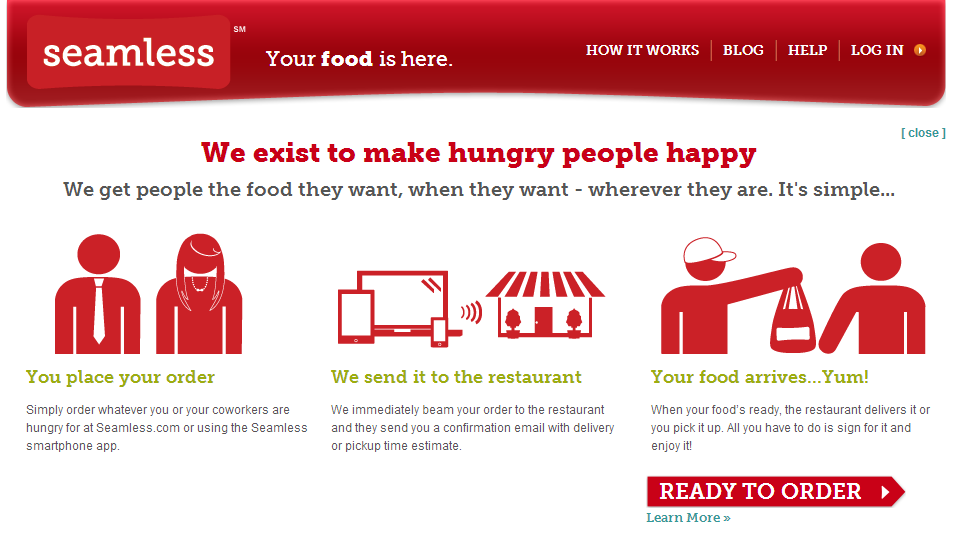 What are People Ordering?

The take-out market has graduated from the stereotypical “pizza and wings” fare. Seamless reports that its customers ordered salads four times more often than pizza and 16 times more than wings. Seamless helps users locate healthy food with its many customized food categories, such as “healthy”, “gluten-free”, “vegetarian” and “vegan”. The company strives to serve mostly local establishments, with an emphasis on bringing the community together and strengthening local economies.

Updated versions of the app released in December 2012 boast a number of revamped features. These include a redesigned and incredibly intuitive navigation scheme that allows you to filter for more than one cuisine at a time. Seamless also offers full customer reviews for restaurants, full-color photos of dishes and the ability to save more than one credit card to an account for a more convenient payment process.

(See also: How Foodspotting is Revolutionizing the Restaurant Review Process)

Competitors offering similar food delivery services include GrubHub, Delivery.com and Eat24Hours. GrubHub in particular has adopted a business model that more closely resembles that of Seamless. They have transitioned from a subscription model (requiring upfront payments from restaurants) to a transactional model (where restaurants pay a small percentage on each order). Zeel is another spinoff of the Seamless model, adopting a similar platform in order to provide licensed massage therapists to customers.