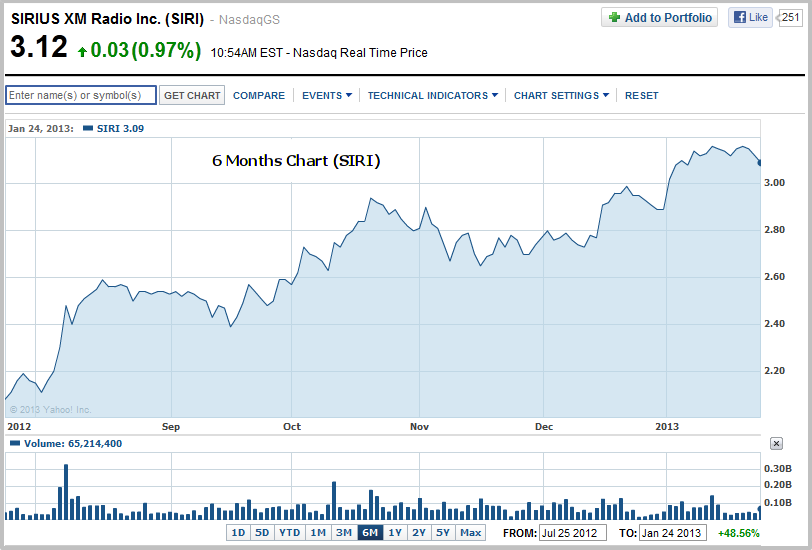 Can the Music Continue to Charm Investors? Is SIRI Stock a Good Buy, Sell or Hold?

We all love to listen to our favorite music channel while working, when stuck in traffic or during a long commute. It's a great pass time indeed, but it takes a different tune to appease investors.

Sirius XM Radio (SIRI)'s stock has risen 48% in the last six months. The questions that a lot of investors are asking now is whether there is more to SIRI than what meets the ear? Is Sirius XM stock, SIRI, a buy, sell, hold or even a short? Has it risen too high, too fast?

In plain terms, what these numbers mean is that the company has been delivering steady positive EPS growth (barring the exceptionally high 2012 EPS) throughout the last 3 years, and is expected to continue that momentum over the next 2 years as well.

The company is in a pretty competitive business, where the sports, talk, traffic, weather, news, music and entertainment broadcasting 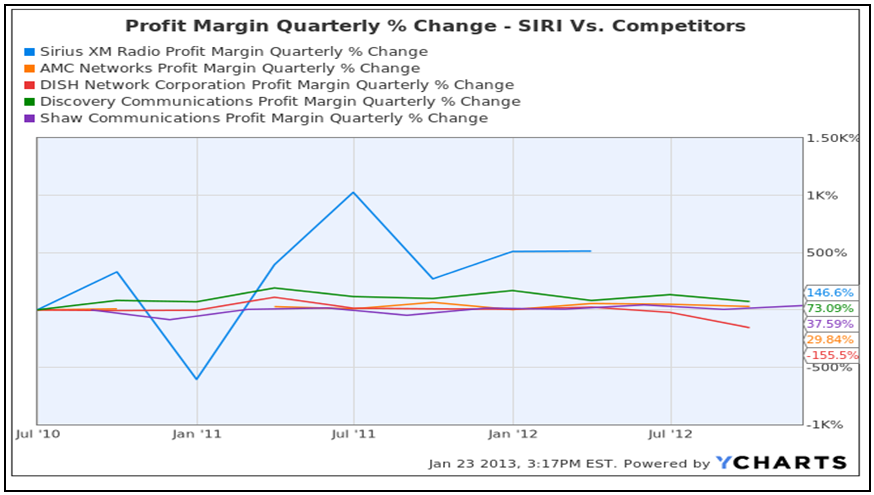 business already had some serious players even before the company first burst into the scene.

However, as our graph on the right seems to indicate, SIRI has consistently been able to hold its own, even against heavy hitters like Discovery (DISCA) and Shaw (SJR), delivering comparatively better quarterly profit margins to its shareholders than many of its peers.

The company has delivered acceptable revenue growth of around 11% year over year for the quarter ending Sep-2012, with gross margins of 56.1% for the trailing 4 quarters ending Sep-2012.

When viewed against some of its other industry peers, SIRI offers a pretty compelling story for its shareholders on a valuation basis. For instance, take a look at some of the metrics below:

On a Trailing PE-basis, SIRI is exceptionally cheap when compared to several of its industry group peers, including heavy hitters like Time Warner and Discovery. Given that SIRI is trading at a PE of 6.1, with a 5-year average of this metric at 53.7, the stock trades at a historical discount of 89%. Compared to the S&P 500 Trailing PE of 23.6, the stock trades at a 74% discount.

SIRI also offers investors a better Price Earnings Growth (PEG) looking forward. With a Forward PEG value of 0.6, and with its 5-year average of this metric standing at 2.6, the stock trades at a discount of 75%. Compared with the S&P 500 Forward PEG of 1.8, SIRI is a relative steal at a discount of almost 65%.