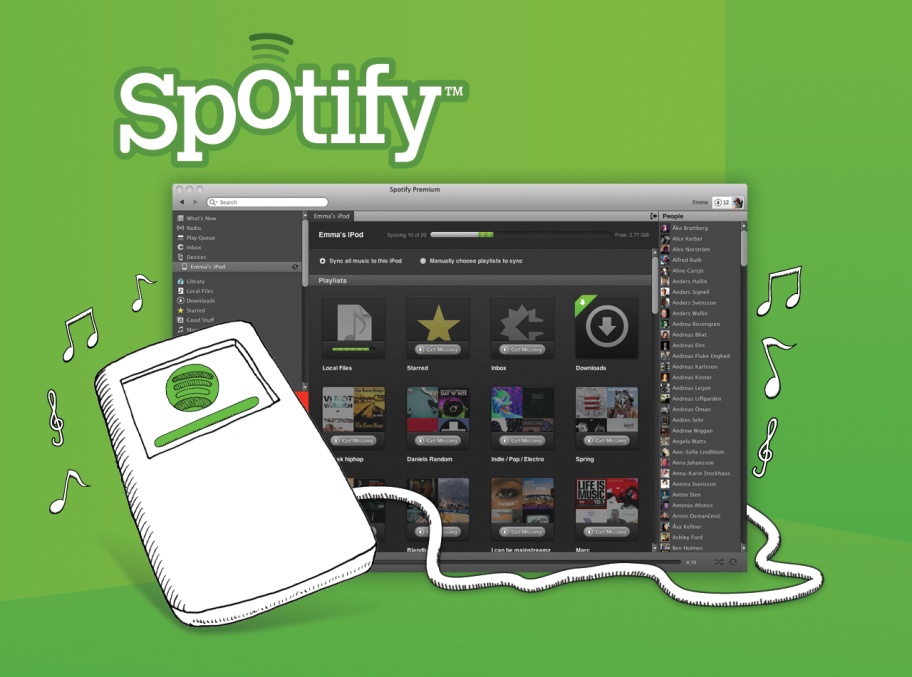 Spotify is a music platform that provides portable and on-demand access to millions of tracks. By coupling music, technology and social media, Spotify enhances the music “experience” and provides its users with “music for every moment.”

Swedish CEO and co-founder, Daniel Ek, first launched Spotify in Scandanavia, France, the U.K., and Spain in 2008. Ek was then largely responsible for driving the campaign for Spotify’s launch in the U.S. three years later.

Spotify has 20 million users and over 5 million paid subscribers. The product launched as a social platform for music sharing, and more than 1.5 billion songs have been swapped on Facebook.

Recent growth includes an expansion in Europe to Italy, Portugal and Poland, and the release of a version for the Windows Phone 8. Market growth depends largely on Spotify’s ability to continue to expand its library. This can be a challenge with the ongoing need to negotiate and re-negotiate for licensing privileges from artists and recording companies, but Spotify can tout that it has been largely successful in this realm with a steady increase since its inception.

Spotify offers radio capability and a seemingly limitless library of shareable songs. Users can set up playlists and share them, or use collaborative software to edit them with other users. Users can also set up profile pages and use the embedded Facebook platform to connect and share playlists with their friends as well as view their friends’ most listened to songs and artists. 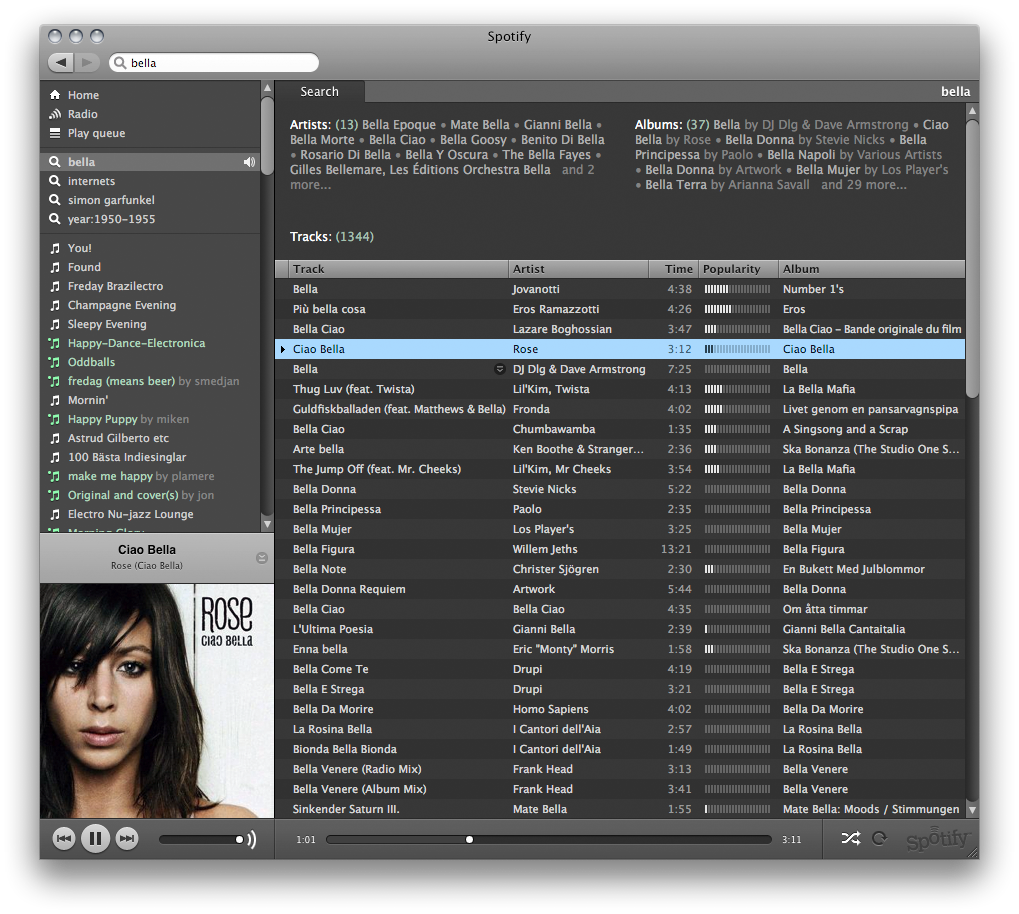 Spotify’s mobile application is simple and easy to navigate. It carries the core features and tabs of the desktop application tabs for Playlists, Search, Now Playing, What’s New and more. Users can play local files as well as search the Spotify music library. With the premium membership, music can be synced directly from a computer over Wi-Fi as well as streamed from Spotify’s library.

Spotify is funded by paid subscriptions, advertisements in the Spotify player for non-subscribers, and music purchases from partner retailers. Competitors with similar music platform offerings include Slacker, Pandora, and iHeartRadio. Although there is a tight-race between these companies, Slacker most closely resembles Spotify with its expansive library of music. The more recently launched Slacker also offers free access and paid subscriptions.