KeyCorp (KEY), like its peers Bank of America Corp (BAC) and U.S. Bancorp (USB) has not been untouched by the U.S. financial crises. And like all of its peers, it too has been working feverishly to jettison its tainted assets and enact painful cost cutting, like the closure of 19 additional branches in 2012.

As is indicative in the stock price chart above, KEY's shareprice has seen a steady recovery, like its peers, over the past year. The question now on Shareholder's minds might be whether all the measures to shore up its balance sheet were sufficient to endear the bank to investors. Shareholders might be asking if the stock is a Buy, Hold or sell.

Let's review key fundamental and technical data for KEY that might help answer that question. 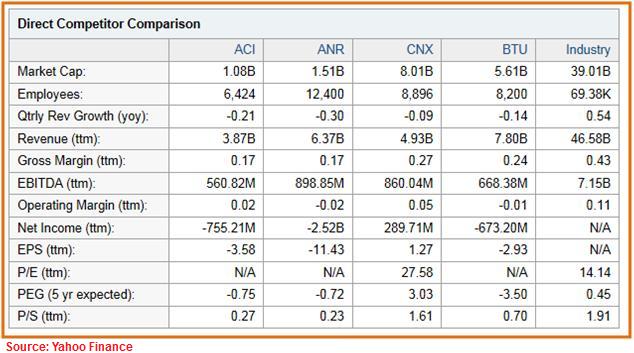 Shareholders would be pleased to also note that Net Income attributable to shareholders continued to improve for the third consecutive year to $836M, up from $813M and $390M in 2011 and 2010 respectively.  The company had a Net Interest Margin of 3.21% for 2012, which was a slight improvement (by 5 basis points) from 2011. KEY also recorded a $1.8B increase in its average total loans, which amounted to a 3.6% improvement compared to last year.

Q4-2012 results represent the 4th consecutive quarter that KEY has beat analysts' expectations for EPS, even though prior beats have been on a relatively higher scale.  All in all however, investors should be relatively pleased with the company's performance, especially given the fact that the U.S. economy is still in the early stages of a recovery.

At the time of this analysis, KEY appears to be trading at a comparatively fair valuation to its Industry peers, though it does seem slightly undervalued as can be seen below when compared to the Industry Average and also to the S&P 500.

When valued on a P/E basis, KEY trades at 11.3x which is roughly 20% lower than the Industry average of 14.3. However, at those levels it trades at a significant discount of 30% compared to the S&P 500. Using this metric to value its competitors, we see that BAC trades at 49.5x its P/E while USB's P/E multiples are in line with KEY at 11.9x.

On a P/B value, KEY is not that expensively valued at a 0.9x multiple against a 1.0x valuation for the industry. Competitors BAC and USB trade at P/B multiples of 0.6x and 1.8x respectively. On a P/CF basis however, while KEY trades at a valuation of 6.9x, the S&P 500 average is 9.4x, which means KEY trades at a significant discount to the index.