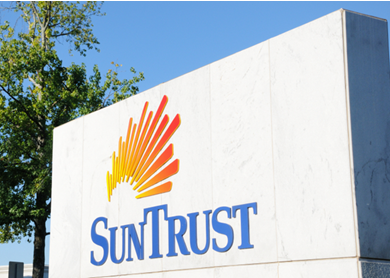 As a follow up to other bank review articles that we have recently posted, today we’re presenting a detailed overview, analysis and review of SunTrust Bank, including the top 3 pros and cons of banking with SunTrust Bank. 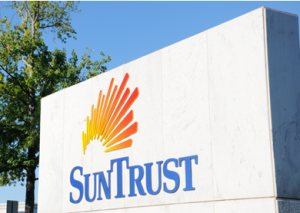 1.    Big on Small Businesses
2.    Effective Use of Social Media
3.    Flexible Education Loans for Everyone

As a testament to SunTrust Bank’s dedication to helping small businesses grow, the bank was ranked second behind Huntington Bank in small business satisfaction, with a score of 774 in 2012 according to J.D. Power and Associates.

Fortunately for SunTrust Bank customers, the bank was listed in the study as one of the top banks to successfully integrate best practices in their social media efforts.

Education Loans for Everyone
SunTrust Bank has made it a big priority to support funding for education. This is evident in the specialized loan product they provide to college students.

To show their dedication to the cause, SunTrust has even created a dedicated website at SunTrustEducation.com for students seeking loans to finance a higher education. Interest rates for the bank’s education loans range from a low interest rate of 4.50%, to a high of 12.70%.

There are no origination fees, and loan limits are dependent on the overall cost of attendance, less financial aid. On graduating, students receive a 1% reduction on the loan principal. Students also benefit from a grace period of six months and a number of repayment options.

1.    Complaints about Batch Processing of Transactions
2.    Alleged Exploitation of Customers in Low Income Communities
3.    No Loyalty Towards Employees

As a result of the delays, some customers mistakenly believed they had a greater account balance than was the case, resulting in overspending. In some instances, this led some customers’ accounts to accrue overdraft fees.In order to be objective in how we present our review findings on SunTrust Bank, we need to add here that customers should always be aware of how much they spend, especially when making large purchases.

Alleged Exploitation of Customers in Low Income Communities
Adding to the overdraft fee issues, some have voiced concerns that SunTrust Bank deliberately seeks out low income communities to set up its branches.

They allege that in doing so, the bank aims to exploit customers who may not fully understand the terms and conditions of their bank accounts and loan products.

No Loyalty towards Employees
SunTrust has also been accused of relieving and depriving Americans of jobs as a result of its outsourcing strategy.

Outsourcing is not specific to SunTrust, however; most banks and many large and small corporations outsource at least part of their services to other countries.

Even from personal experience, we can attest that about half the customer service calls we place to large companies these days seem to be handled by outsourced locations (as evidenced by the accents of customer representatives and the quality of the call reception).

As a publicly traded firm, the bank’s first obligation is to its shareholders. As such, profitability is one of its highest priorities.

Maximizing revenue from fees, like overdraft fees, is a popular revenue stream for financial institutions globally. Outsourcing functions and services is a common practice to reduce staff costs.

SunTrust stock has performed favorably, surging over 30% from one year ago. Investors, shareholders, and bank executives appear to be certainly pleased with the bank’s performance thus far.