TaskRabbit Lets You Outsource Your Errands, Including Office Work 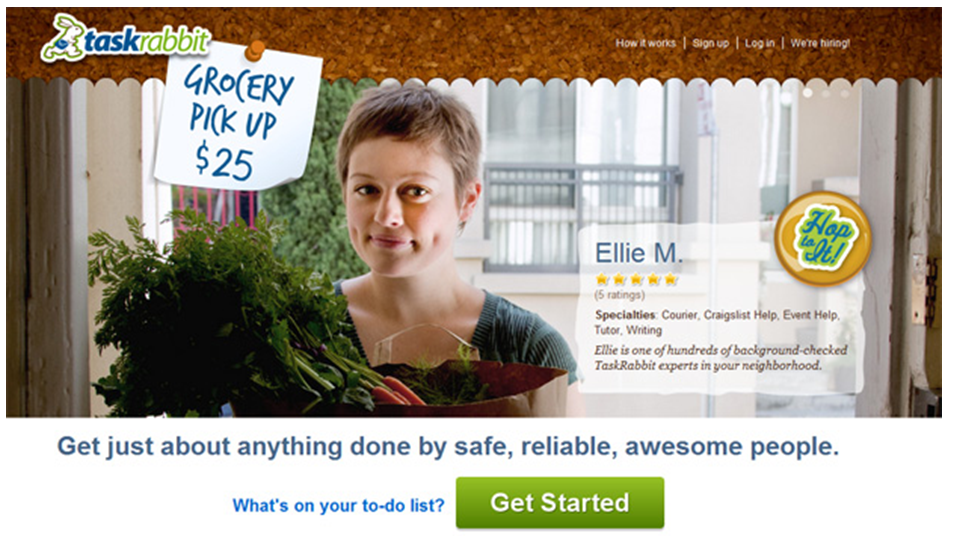 Everyone has tasks that they’d rather not do, like organize the closet, clean out the garage or assemble that Ikea futon. Many people also have errands to run and office tasks to do but not enough time to do them all. TaskRabbit solves these problems by allowing users to outsource tasks and small jobs to others in their community.

It’s a simple concept, matching people who have money and no time (the TaskPosters) and people with time and no money (the TaskRabbits). TaskRabbits are vetted through a screening process. They create their own schedules and select their tasks and bid prices.

Based in San Francisco, this startup now serves nine metropolitan areas across the US. The peer-to-peer platform lets anyone post a task, which employees of the company (known as TaskRabbits) jockey to complete by placing bids.

Tasks can be anything – anything that isn’t illegal or morally dubious, that is – and common requests include errands, delivery, housekeeping, office work, handyman jobs and requests for information.  Work can prove lucrative; the 3,000-strong cohort of TaskRabbits includes a waitlist that is hundreds of applicants long.

The peer-to-peer model works particularly well in a slow economy with so many underemployed or out of work. This niche market of on-demand jobs, filling gaps and cracks in the traditional labor force, could prove increasingly lucrative as it is grown to scale. TaskRabbit positions itself in a temporary labor market in the US that runs upwards of $100 billion annually, as served by temp agencies; but the company believes that the less-official, less-documented peer-to-peer labor market is “exponentially larger.”

TaskRabbit was founded in 2008 near Boston by 33-year old Leah Busque, a former IBM software engineer. The now 53-person company is directed by a board that includes Busque, Peter Thiel (PayPal) and Sean Parker (Facebook). TaskRabbit has secured $37.5 million in funding, including a $13 million boost in mid 2012. The services were initially run through their website, but as of 2011 the company also introduced a free iPhone app.

The TaskRabbit impact is depicted in the infographic below. 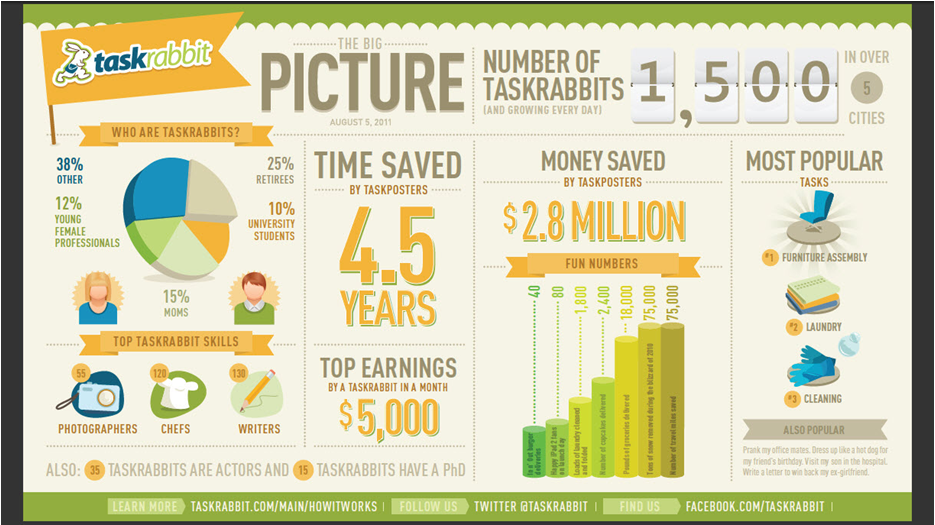 TaskRabbit’s popularity instigated a wave of startups offering similar services, including Fancy Hands, Ask Sunday, Zaarly, Exec and Agent Anything, among others. Fancy Hands and Ask Sunday are primarily virtual, focusing on tasks that involve scheduling and electronic information. Zaarly, Exec and Agent Anything are closer to TaskRabbit in providing similar peer-to-peer services. While some sites charge a membership, (for example Fancy Hands requires a subscription starting at $25 a month), TaskRabbit doesn’t require any payments outside of the agreed-upon contract for specific tasks.

The startups aren’t all in direct competition. Astrid and Producteev are two newer startups that use the TaskRabbit API to outsource tasks. Due to the increasingly crowded market, TaskRabbit plans to tailor its platform around niche markets that have cropped up, capitalizing on specific services and growing targeted, vertical markets. For instance, TaskRabbit recently launched Deliver Now, a delivery service designed to compete with a rival startup called Postmates.