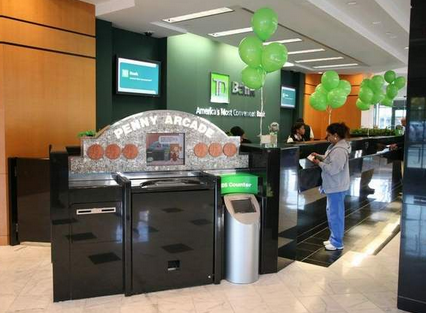 Over the last five years, TD Bank has been implementing a strategy to become one of America’s most convenient banks for a wide range of customers.

Touted as one of the top 10 largest banks in the United States today, TD Bank, a subsidiary of the publicly traded Toronto-Dominion Bank of Toronto (Canada), has over 1,300 branches in the U.S.

From Maine to Florida, TD Bank branches, automated teller machines (ATM) and drive-up service locations can be found around most street corners. 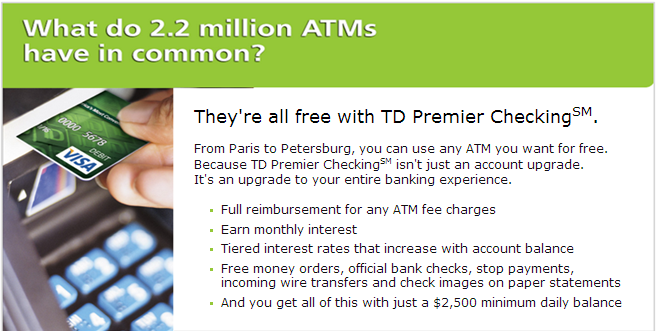 TD Bank Reviews: What Do TD Bank Customer like about the Bank?

How convenient is the TD Bank experience?

TD Bank branches are open early and close late. For those customers with very little time to visit the bank on a weekday, the branches are also open on Saturdays.

What is even more surprising is that a number of TD Bank branches are also open on Sunday, and on some federal holidays.

While most other banks are closed on President’s Day, Memorial Day, Independence Day, Columbus Day and Veteran’s Day, TD Bank customers are still able to do in-branch transactions.

With a number of branches located in supermarkets, customers have the convenience of banking and shopping in one location, especially on the weekend.

In addition to free pens and coin purses, children visiting TD Bank stores are treated to lollipops while their parents conduct business.

For those with pets, believe it or not, the bank even provides doggy treats.

With the high cost for ATM transactions, it is a relief to know that transactions at any TD Bank ATM throughout all of North America (U.S. and Canada), are absolutely free of charge to TD Bank customers.

As a bonus, customers have the opportunity to use the in-store coin counting machine called the Penny Arcade® to count coins, free of charge.

Access to the Penny Arcade® is available for non-TD Bank customers, but at a cost.

TD Bank boasts a very robust internet banking platform. Transactions are updated in real time, and customers have the option to set up a number of alerts.

Despite being a bank that invests heavily in technology, TD Bank understands that the human element is still important to a number of customers.

With close to 27,000 employees and branches in the District of Colombia and 15 other states, the bank positions itself as an institution that recognizes that its over 8 million customers are in fact human, and should be treated as such.

For the small business and commercial customer, merchant and treasury management services are available.

What are Consumers’ Main Complaints about TD Bank?

Just about any large company is going to have its share of consumer complaints, that's just something that goes along with doing business on a large scale.

But why is there a social media campaign to boycott TD Bank in the U.S.? Why are customers complaining about TD Bank on websites such as ConsumerAffairs.com and MyBankTracker.com?

Below are some of the consumer complaints that some TD Bank customers have posted online:

Please note, however, that people are generally more liable to post negative reviews of a product or company than they are to post positive reviews.

There really is no cookie-cutter way to deal with the individual needs of over 8 million customers. TD Bank entered the market with a strategy to rapidly expand and build a customer base of clients of varying socio-economic status.

During its early years in the U.S., the bank was able to grow exponentially. TD Bank scored big on customer satisfaction surveys conducted by J.D. Power & Associates, beating out its rivals for a number of years consecutively in the 2000s.

With a decline in growth and increased complaints, TD Bank has failed to top the customer satisfaction surveys since 2009, an indication that all may not be well internally.

TD Bank shows little sign of slowing down its expansion efforts. According to an April 3, 2013 article in the Wall Street Journal, the bank has opened its 100th branch in the state of New York, and plans to open another 50.

TD Bank’s goal is to land a spot in the top three commercial bank list by 2015.

TD Bank’s personal and commercial banking executive Bharat Masrani is not worried about the complaints or the competition. As far as he is concerned, TD Bank will continue to rise and excel on the “convenience” token.