Shares of TORC Oil & Gas stock (TOG) were the most actively traded on the  TSX – Toronto Stock Exchange (Canada) today. The price of the stock ended 4% lower from the previous day’s close as over 21.5 million TOG.TO shares traded hands.

TORC Oil & Gas Ltd. operates, produces and explores oil and gas in Western Canada. It is engaged in the acquisition, exploration, development and production of crude oil and natural gas assets.

On September 30, 2012, the firm released its latest revenue numbers via its “Q3 2012 Interim Report” and announced that on September 13, it had entered into a joint agreement to acquire Vero Energy to form a new light oil focused company. 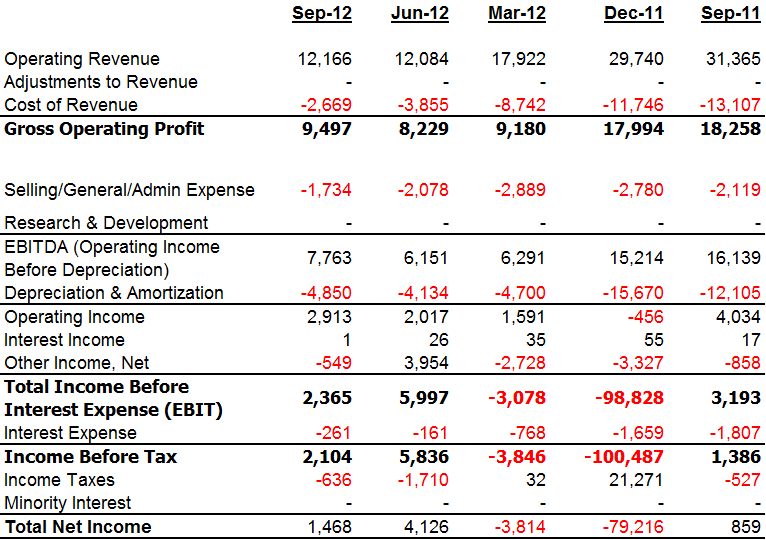 TOG also reported 1.78 million in cash reserves and total assets of $219.2 million – enough to cover the firm’s total debt of $67.18 million. It pays a cash dividend (CAD) of 0.30, an amount that has been of great attraction to “dividend seeking” stock investors.

Management also announced that in addition to the Vero acquisition, they had raised $120 million (private placement and flow-through common share subscription receipts) which has positioned the firm with a strong and flexible balance sheet heading into 2013. The company remains on track to achieve its previously announced 2012 exit guidance of 3,900 BOE/d (75% light oil and NGLs).