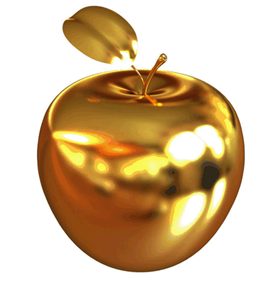 A few months ago, you probably saw at least a few Financial Analysts pointing out that gold just had its worst year since 1981.

Or you read the articles quoting Dominic Schnider of UBS saying that 2014 would be “awful” for gold stocks and gold investors.

Goldman Sachs is predicting that gold will be worth $1050 per ounce a year from now, not good news if you are a gold miner or an investor in gold stocks.

Astute investors know that when market sentiment is extremely negative, it just might be the best time to enter the market. But before our inner contrarian tells us to run out and buy shares of gold miners, let’s review a couple facts.

Yes, it is true that the value of gold and gold mining companies tumbled badly in 2013. There is no denying that fact.

Upon closer inspection, we see that most of the damage was done in the first half of the year. The “Gold Bugs Index”, an index of gold mining stocks, went down by nearly half in the first six months of last year, falling from 432 down to 228 at mid-year. It closed the year at 197.70.

How did we choose from the many miners and gold stocks out there?

We used the Mining Stock Database Filter Tool to narrow down the list of candidates as per the below criteria:

This left us with 44 stocks to choose from.

To find the 10 gold mining stocks which are most likely to do well in 2014, we applied one more rule:

As we noted earlier, the first half of 2013 was terrible for the gold mining industry. There was simply no escaping the bear.

But as the year wore on, the market started to be more discerning among gold mining shares.

While some stocks continued their downtrend, others found a bottom and started moving higher. Typically, the strongest stocks are those which begin a bull phase ahead of their competitors.

So we will focus on the names whose recent performance was better than the others.

We also removed Brazilian miner Vale from the list. The global leader in iron ore production does have some gold assets, but it is really a small part of their overall business.

As you can see from the below table, there was a wide range in performance among gold mining stocks in the last quarter of last year.

As a group, the 44 stocks up for consideration lost an average of 12.7% in the last three months of the year.

However, the best 10 companies actually had a gain of 5.8%. If the gold mining industry as a whole does indeed rebound in 2014, the best performers will probably come from this group.

And the bottom 10 performers? On average, they lost 31% in the last three months. The bear market certainly has not yet ended for them.

Even Goldman Sachs likes this one. The investment bank recently named Freeport-McMoRan as one of forty laggards from 2013 that are likely to outperform in the year ahead. Among the larger and more diversified mining companies, FCX has proven reserves of 32.5 million ounces of gold and 321.4 million ounces of silver, plus other metals, among its global operations. The shares also currently have a dividend yield of 3.3%.

Founded in 1946, this miner has traditionally focused on silver. But the company does also have significant interests in the yellow metal, in addition to other resources. Most of their operations are located in Central and South America. Notable among these is an enormous gold and silver mining project in Peru covering 137 square miles.

Stillwater is one of the rare mining firms trading well above its 200-day moving average, meaning that the share price is in a long term uptrend.  Also, a new CEO was named in December.

Based in Vancouver, Canada, this miner's operations are located primarily in Alaska and British Columbia. The most visible of their operations is a 50% ownership of what is known in industry circles as "the Donlin project".

When completed, it will be one of the largest gold mines in the world.

The shares made a bottom under $2 back in the summer and then gradually improved as the end of the year approached. NG closed the year at $2.54.

This stock definitely falls into the category of "high risk / high reward".

The company operates just one mine – and it is in Eritrea. Originally, the Eritrea operation was strictly a gold mine.

However, they have subsequently discovered that there is a rather large deposit of copper beneath the gold they are currently extracting. More than most of their competitors, Nevsun would do particularly well with a rebound in commodity prices.

On the other hand, NSU is typical of many of the names on this list in that the shares hit bottom in the June/July period and have slowly recovered since then.

Shares of Taseko Mines crumbled in the first half of 2013, losing one-third of their value in that period.  Since then, the shares have moved in a flat trading range.

As with many miners, their operations involve some diversification among metals. Taseko, for example, also has interests in copper and even molybdenum.

They do, however, still have significant operations related to gold including two mines in British Columbia. One covers an area of 147 square kilometers and the other involves 173 square kilometers.

Like many of the names on this list, Hud Bay's business office is located in Canada, but the shares trade on the New York Stock Exchange. Unlike some of the others, however, their operations are focused mainly on Canada.

Teck Resources may not be a household name among most investors. So you might be surprised to learn that the company has a market cap of $14 billion.

Originally founded in 1906, this miner has remained profitable during the recent industry turbulence. Teck operates 13 mines in North and South America, plus it has part ownership of a high profile gold mining project in Africa managed by True Gold Mining.

Hecla is involved primarily in the mining of silver, but they also have exposure to gold. (In fact, the price movements of gold and silver are highly correlated.)  Zacks Equity Research made a positive comment on the company at the end of the year, saying it "might be a great pick". But be aware that Hecla’s profitability is highly sensitive to gold and silver prices. In a recent report, BB&T Capital Markets said “Given the company’s earnings leverage to silver and gold prices, we don’t see it generating meaningful free cash flow or the stock appreciating materially from current levels until precious metals prices rebound.”

Its operations are focused specifically on gold. Management is considered to be relatively more shareholder-friendly than its competitors and actively manages its assets to maximize shareholder value.

Some of the company's cash is being used for a share buyback program. Also, beginning in 2014, they have a stated policy of paying 20% of operating cash flow to shareholders as a dividend.