Voxer aims to be the Instagram for Smartphone Communications 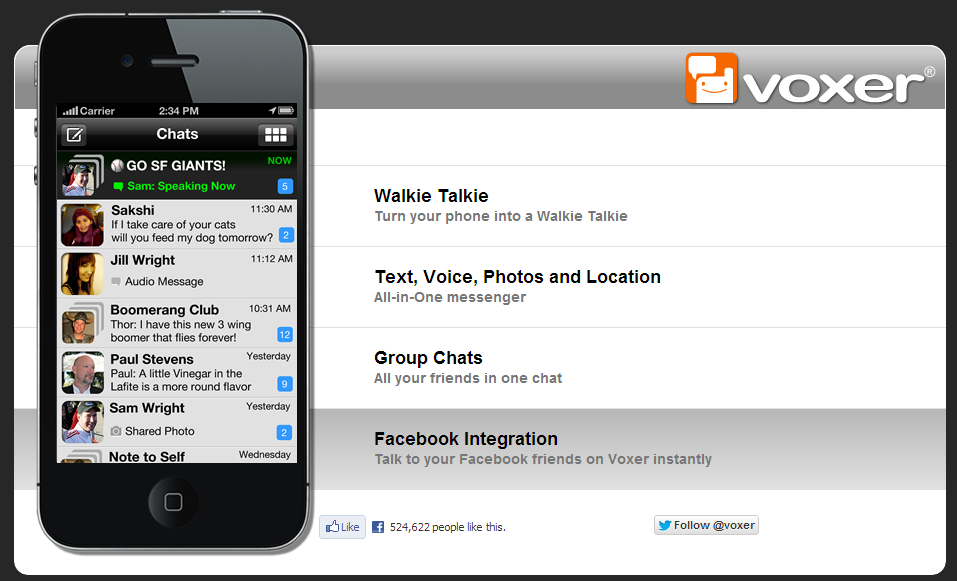 What seems to be considered an old technology has been innovated and incorporated into smartphones. A brainchild of Tom Katis, co-founder of Voxer, the idea of creating a walkie talkie for smartphones occurred to him in 2007 after encountering an ambush in Afghanistan while serving as a communications sergeant. Voxer was born out of an idea to have better communication with soldiers while on the battlefield.

Enlisting the help of Matt Ranney to become chief technology officer, Voxer Walkie Talkie was born. This mobile app for smartphones allows push-to-talk system and voice messaging system that works similarly with walkie talkies. This application both works on Android and phones operating in iOS systems.

Voxer allows you to send instant text, audio or photo messages to one or more friends. You can also stream live your messages as you talk and your friends can join you live or listen later to your streamed recording.

This application was described as similar to Nextel walkie talkie phones, but what makes it different is that it allows users to listen to the messages at their convenience. Users can also send photos and map the location of the photos so that the receiver will know the location of the sender. Group chatting is also possible with Voxer. The feature that makes it stand out is the application’s capability to be integrated into Facebook for ease of use.

Initially bootstrapping the venture with their own savings, Katis and Ranney decided to seek external funding in April 2012. Since then they have received $30 million in funding and backing from investment companies like Institutional Venture Partners, Angel Investors, Intel Capital, SV Angel and CrunchFund.

Other well-known VCs like Chris Dixon and Roger McNamee have also invested in Voxer. Although it has not garnered any awards yet, Voxer is becoming popular in mainstream culture. The firm is striving to be a key player in the mobile field, in the same way that Instagram has become a major player in the photo sharing sector.