XOM Stock – Is Exxon Mobile Stock a Potential Buy in 2013? 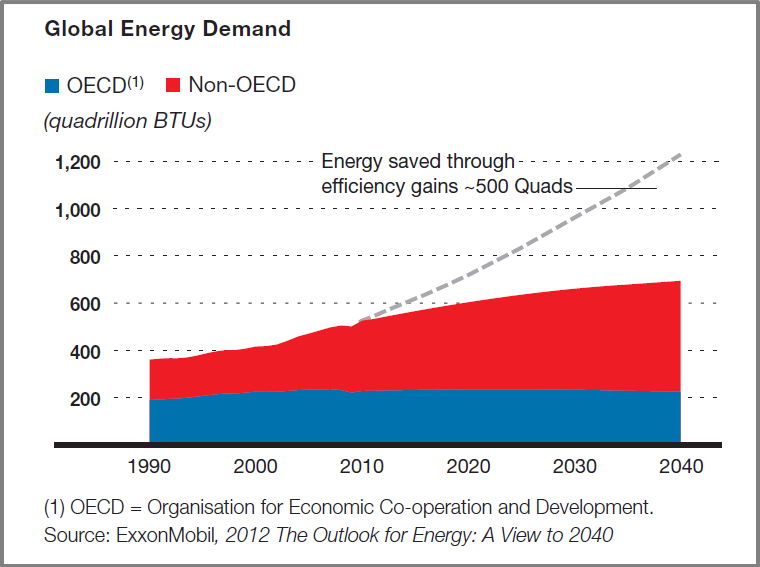 Exxon Mobil recently reported its fourth quarter (Q4) financial results and announced profits of $9.95 billion. The higher than expected 6% increase in profits was based on stronger results at the firm's chemical and refining businesses.

Buying stock in an oil company is like betting on oil prices. If past performance is anything to go by and given the increasing global demand for energy, oil prices are poised to keep rising and Exxon Mobil (XOM) is quick to point this out to investors.

XOM has some of the highest "Returns on Capital" in the energy industry with an ROAE of 23.30% and an attractive dividend yield of 2.49%. After Apple (AAPL), Exxon is the 2nd most valuable company based on market capitalization. The company briefly held the #1 spot while Apple stock price was tanking.

XOM's Fundamentals – Should Investors Buy or Sell the Stock?

Oil companies in the exploration and production segment normally make the most profits. This is especially true for a company like Exxon with its oil and gas finding capabilities and technological acumen – factors that are increasingly necessary to succeed in this industry with plenty of big name players.  The high rewards do come with a lot of risk, though, especially in the upstream business.

XOM’s Earnings per Share (EPS) is healthy at 9.47. However, based on MarketConsensus News’ industry-specific analysis, we have determined that EPS is actually not much of a factor to consider when valuing a company such as Exxon. The high level of deferred taxes for companies in the exploration and production sector is one factor that skews XOM’s EPS. Another factor is the higher interest expense that oil companies need to pay as a result of their high debt levels. 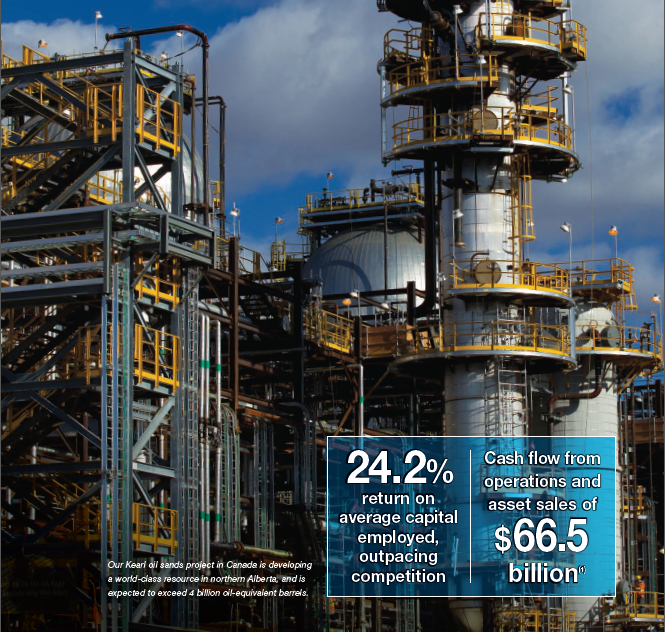 The P/E ratio is a better number to look at and the 9.69 figure for XOM is definitely positive. The company has some of the highest financial margins in the industry and its intrinsic value as calculated by MarketConsensus News – using Net Asset Value (NAV) analysis – looks very encouraging.

The $13B cash that Exxon has, along with the long-term debt figure of $9B, are in line with oil companies that generate large operating cash flows and have a good amount of debt. The good news is that Exxon will be able to fund all of its CAPEX (Capital Expenditure) via its operating cash flows. The production and reserves are up from 24.8 billion in proved reserves to 24.9 billion at the end of 2011. The deal with Russia's Rosneft to exploit 85 billion barrels of hydrocarbons will enhance the 25 billion barrels of oil that Exxon currently holds. 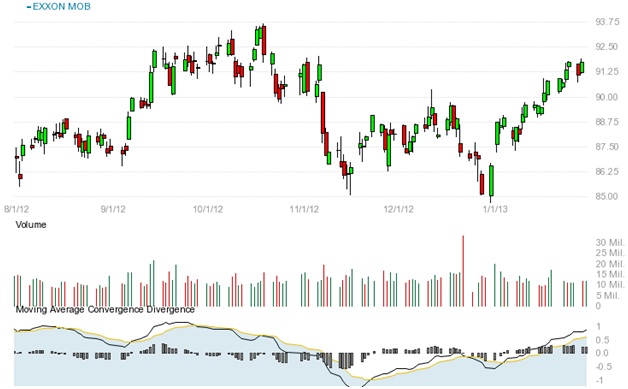 MarketConsensus News has provided numerous “buy”, “sell” and "hold" ratings on various stocks. On a lot of occasions from hot tech stocks to financial stocks, we have gotten it right. On a few occasions, our calls have fallen through as happened with AAPL right before its Jan 23 earnings report. XOM is not a highly volatile tech stock and we feel comfortable placing an outperform rating on this stock. The stock’s MACD indicator (bottom section of the above chart) points to a "buy" situation and on the top section of the chart, we can see the bullish candles with the upward movement in the stock.

The Case for XOM

When looking at something like Exxon with a short-term price target of $94.11 (upside: 2.3%), you're really buying into a stock that belongs in a long term portfolio; oil fields are a very long term asset, for example. The good thing is that the company is expected to generate between $250-$400 billion of operating cash flows over the next five years. All this is dependent on energy prices obviously. But Exxon has some control by the way it goes about its capital allocation which will have a huge impact on shareholder returns. As an energy company, Exxon has to continue to make acquisitions, and it must be wary of overpaying for assets as it has done quite often in the last decade, with the natural gas acquisitions being some of them.