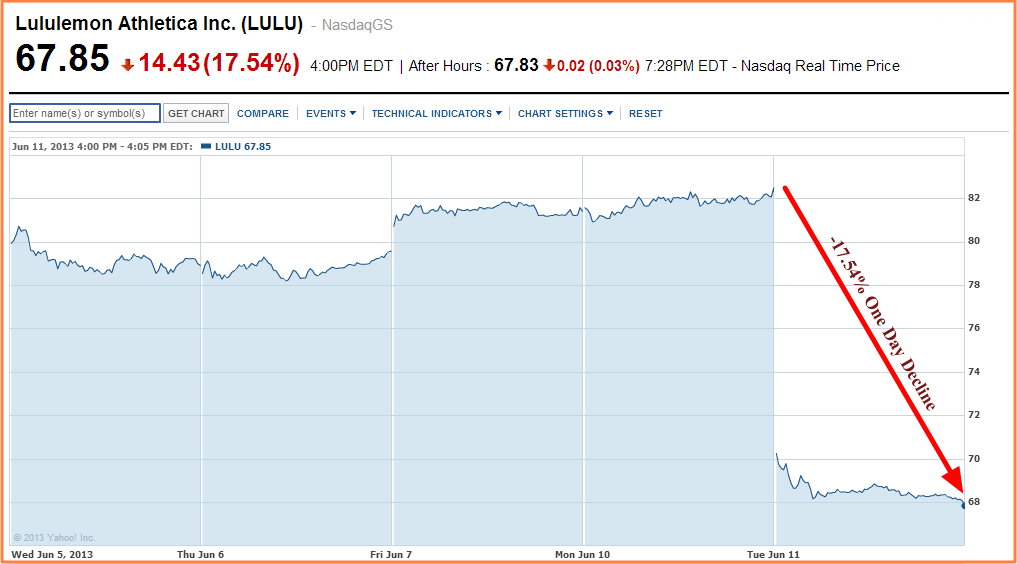 Lululemon (LULU) was the biggest stock loser across the Nasdaq and NYSE today. Shares of LULU, a yoga clothing retailer, fell by 17.54% to end the day at $67.85 (down $14.43). The sharp decline in the company's share price was due to unexpected news that Lululemon's CEO, Christine Day, would be stepping down and leaving the company.

Lululemon made the announcement as it reported a slight increase in its fiscal Q1 profit. The firm earned $47.3 million ($0.32 / share), for the first quarter. That is compared to the $46.6 million profit reported for Q1 2012. "Lululemon said Day, who has been at the helm for more than five years, will stay on as CEO until a successor is named. The news came a few months after the company had to recall one of its yoga pants for being too sheer."