Since the beginning of the year, McDonald’s stock has risen 9.05%, a move that closely mirrors the rise in the Dow and S&P 500. MCD’s YTD rise would have been much higher had it not been for the decline in the stock price starting April, after the firm released its Q1 financial results.

Based on the latest earnings report and the firm’s CFO admission that McDonald’s would be willing to sacrifice profit margins, investors might be wondering whether McDonald’s (MCD) stock is a good buy, sell or hold. Does MCD provide a good value proposition? Or should investors sell McDonald’s stock and find value somewhere else? 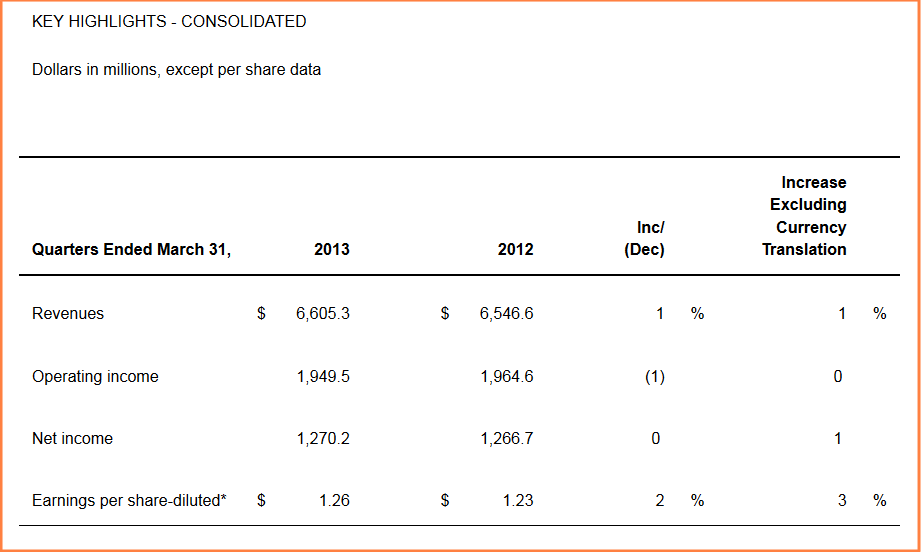 The firm also returned $1.1 billion to shareholders through dividends and share repurchases. While the idea of "returning value to shareholders" might appeal to some investors, other shareholders might be looking more cautiously at some of the fundamentals that were disclosed during the April 19th report – for instance, comparable sales. For the quarter, the company reported rather disappointing comparable sales across all three of its major marketing regions:

This marked a first for the company in 10 years, in terms of quarterly declines in sales at outlets in operation for 13 months or more. In late May (several weeks following the Q1 earnings release) the company also reported some rather disappointing comparable sales figures for the U.S. and global markets for April.

When looked at in conjunction with the Q1 results of declining sales, these comp declines seem all the more ominous. It is encouraging to see, however, that MCD is taking these downtrends seriously, and responding aggressively to the competition by pushing its Dollar Menu. This strategy, nevertheless, means that the company must sacrifice margins in order to gain or retain market share.

But if reports by Bloomberg (McDonald’s Seen Overhauling U.S. Menu from 145 Choices) are to be given weight in investors’ decisions, there are even more underlying fundamental challenges lying ahead for the company, including that of rationalizing its “overstuffed menu”. A former MCD franchisee (now franchise consultant) was quoted as saying “it’s gotten to the point where the operation has kind of broken down and that’s all a symptom of the complication of the menu”.

There is good news for MCD, however, in that most fundamental economic indicators for their biggest market – the U.S. – seem to show an economy on the rebound. And with average 12-month sales of around $2.6M per restaurant, this fast food giant easily beats the $1M per outlet average for the industry as a whole. Perhaps that fact will add momentum to the stock as consumers return back to the Golden Arch in droves.