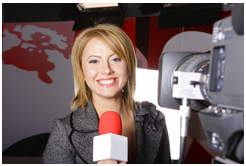 How to Write a Great Press Release

News releases are a great way to get the word out about an event, promotion, website launch, book release, and a lot of other things that are truly newsworthy.

That word – newsworthy – is the key to writing a press release that will get you featured in your local newspaper.

If your story is compelling enough, it can get picked up by regional and national news media, which gets your content and information out to people on a mass scale. 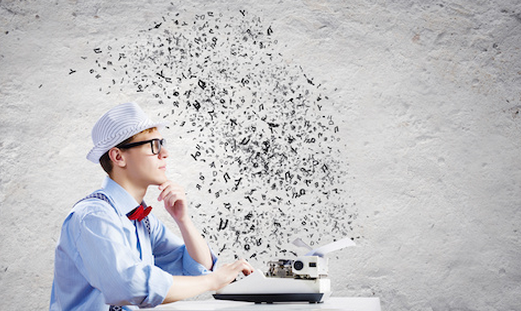 When written correctly, news releases can garner thousands of dollars’ worth of exposure and airtime.

Because they are aimed at journalists, press releases must follow certain style guidelines.

Your goal is to format your content so a reporter can use it verbatim whenever possible.

As a general rule, all news releases should be written according to the rules laid out in the Associated Press (A.P.) Style Book, referred to by journalists as “the Bible.”

Not only is this style universally recognized, it truly makes the content more understandable.

Always Write in the Third Person

Third-person pronouns are required everywhere in a news release except quotes.

This means refraining from “you” statements, except in quotes, as explained below. This lends an objective tone to the content, which is vital to a proper news release.

Apply the Inverted Pyramid: Five “Ws” and one “H”

All news stories start with a lead paragraph that is expected to answer as many of the following questions as possible in 25 to 40 words:

Journalists call this “The five Ws and the H.” Basically, the lead paragraph is a short summary of the overall content.

A very important reason for the “Inverted Pyramid” is that people often have limited time to read a newspaper, and it’s important that they can get the gist of any article by reading only the first few paragraphs.

That’s why the hook has to be in – or very near – the lead. The hook elicits interest in the article; it is the paramount reason why a reader would want to read any further.

The lead was invented back in the early days of journalism when newsprint ruled the world. Back then, the only reliable way to get news was in a newspaper, and newspaper reporters used a style of writing called the “Inverted Pyramid.” 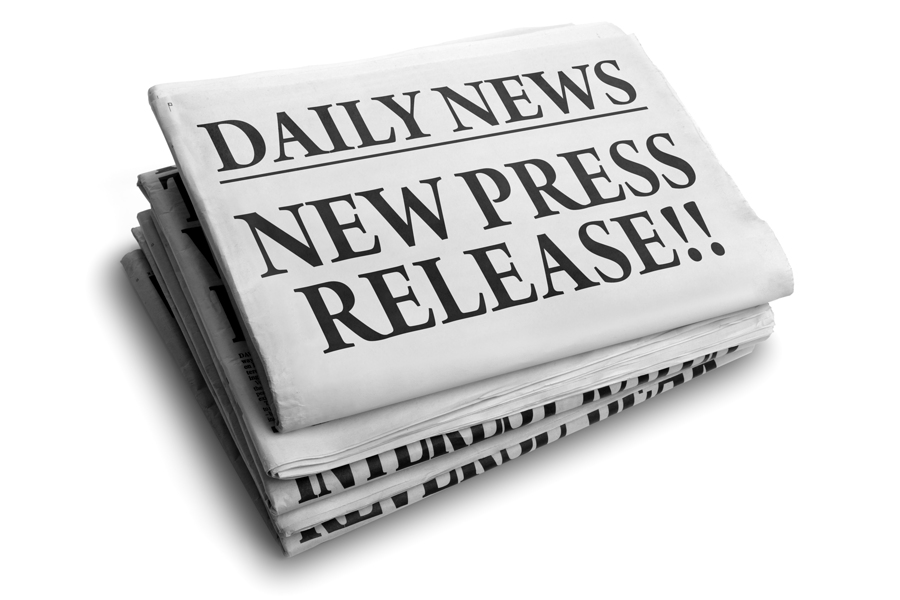 This, simply stated, means the bulk of the information in the story needed to be found at the very top, with details less important to the story following in diminishing order.

The reason for this is that in the old days of newsprint, before computers had graphic user interfaces, newspaper layout was mechanical, modular and relied on photographic reproduction methods.

One of the best ways to start is to literally answer the five questions with as simple a statement as possible.

Start a new word processor file and fill in the answers to the who, what, where, why and how of it all.

Once you’ve pared your information down to six short answers, further distill the content to a single sentence.

This is your hook. It might also become your headline, if it can stand alone and still be grammatically correct.

From there, build your story by adding all the pertinent information in descending order by paragraph. Be sure to intersperse direct quotes to personalize your message and put a person behind the words. Properly attribute your quotes.

Review the A.P. Style Book online, at a library, or buy a copy.

It is a great desk reference for any type of writing and essential to producing a successful news release. 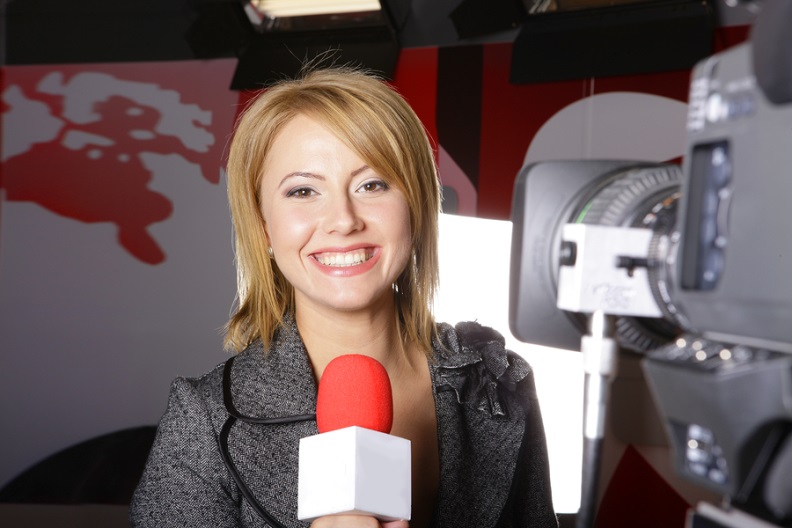 Understand the Differences between A.P. and Business Writing Style

There are several differences between A.P. style and the business English you learned in high school and college.

Here are a few of the main variations.

For example, “Never put the end quotation mark inside the final period or comma.” In most business writing, the punctuation is placed after the final quotation mark, which conflicts with the AP style.

Business English, as taught in high schools and college throughout America, uses commas in more places than does A.P. style.

One major difference is that in A.P. style, a comma almost never follows the word “and,” while usually it does in the business world.

One of the only exceptions to this is in the previous sentence, where “and” is used as a noun.

Absolutely Never Do Any of These Things

Not in a single word, not in a headline, not anywhere! The only recognized way to add emphasis is italics, as you have seen in this article.

The only proper use of capitals is at the beginning of each sentence, in proper nouns and in well-known acronyms, like U.S. to refer to the United States.

Following are several tips that will help make your news release professional.

Getting it right can make the difference between positive media exposure and a waste of time.

Learn when to use the apostrophes correctly. They are only needed when indicating possession or contractions.  It’s is a contraction meaning “it is,” not a possessive pronoun. So, “It’s hard to believe this video game is so old, its graphics still look impressive.”

Always set the city and state, or dates, apart with commas. And don’t use the year unless it is not the year we’re in. When expressing dates, always use this order: Day of the week first (not always needed but often used in meeting and grand opening announcements), then month, then date, then year (when used). Day and month are separated with a comma, as are date and year.

Only use a colon when times are not expressed on whole hours. Use a.m. and p.m. in lower-case, with each letter separated by a period. Never use the word o’clock unless it is a direct quote. Write 7 a.m., not 7:00 a.m., adding the colon only for increments of a whole hour, such as 7:30 a.m..

Numbers from zero through nine are spelled out, with numerals used for 10 and above. The exception to this rule is that numbers are always represented as words when they begin a sentence.

Both of the following statements are correct: “Twelve homes sustained wind damage,” and “Wind damaged 12 homes.” Use numerals and words for numbers over six digits. Examples include “12 million people” and “2.5 million visitors.” Currencies are always noted with a symbol. It’s “$22 million,” not “22 million dollars.”

Italics are used to delineate a publication title. Time  magazine, Los Angeles Times newspaper, or the title of a stand-alone book or short story will be italicized. Titles of articles, or excerpts from same, are set apart by opening and closing double quotations.

The exception to this rule this in the headline, where the article title or excerpt is set aside by single quote. Double quotes are never used in headlines.

Always Do These Things

News is about facts, and never includes a blatant call to action aimed at target consumers. News promotes ideas rather than opinions. Use of quotes in press releases allows the introduction of opinion without crossing the line into advertising.

Still, quotes must be used sparingly, since you only have between 400 and 500 words to tell your complete story from beginning to end.

But quoting an authority allows the use of statements like “One of the top providers of medical transportation in Clark County,” and “This region has grown exponentially.” These statements need to be backed up with factual data whenever possible.

Headlines need to contain the hook. The new generation of web headlines are reminiscent of video news teasers  – like “A Foot of Snow WHERE?,”  the actual headline on a Weather Channel online video news story this winter. Never do this in a news release. The goal of a headline is to make a statement, not to ask a question.

Top it with a headline like “Selenium is the healthiest mineral, a new Popular University study shows.” The former connotes an advertisement; the latter is a concise statement of fact (and a great first sentence of a lead paragraph).

Don’t use the name of the organization or product as the first word of the lead paragraph. Instead, use the benefit it offers.  The statement above doesn’t work as well when written “Popular University has released a study that shows selenium is the healthiest mineral.”

Headline style is important. Most online PR distribution sites will not post a release unless the headline is in the proper format. It is known as “Modified Upstyle” in the newspaper business, and calls for the capitalization of each word that is more than three characters in length.

For example, “Popular University to Host Major Conferences in January.” As mentioned previously, the headline needs to summarize the story in as few words as possible.

Most online distribution sites offer the option of adding a summary of the release to the post. Often, the lead paragraph can fit the bill, or you can write a one-sentence statement that includes the pertinent information in the article that’s not already mentioned in the headline.

Do It Early and Often

Following the guidelines and producing a quality news release can create a buzz and help your content gain media attention. Repetition is the key to increasing attention, so plan a series of press releases with varying content and get them out well in advance of any event.

Don’t forget to follow up with an event recap release. Browse search engines for news of a type related to your content so find out what’s currently hot or on the news, and find a tie-in to your content.

Make a contact list for your regional media and send your release directly to the editors, news directors, content managers and specialty reporters. Call them to confirm receipt and offer to schedule an interview.

The lack of face-time inherent in our increasingly computerized and global communications networks make this personal touch even more effective because it is getting rarer. Remember, your goal is to help the journalist or editor fill their allotted space with interesting and newsworthy content. The better the content and format, the more readers, listeners and viewers it will reach.