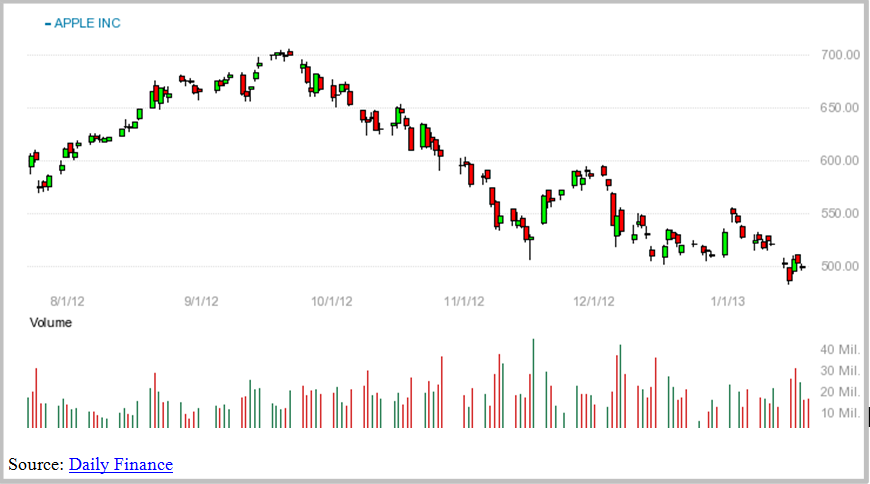 Apple (AAPL) investors fear the worst going into Q4 2012 earnings report on Wednesday, 1/23/13. Apple became the world's most valuable company in 2012 and has a current market cap of $470.35B. However the stock price has been on a downtrend since hitting record highs back in September.

Still, Apple is in fantastic shape and the company's 5-year trailing valuation metrics show that the Cupertino, CA based firm is undervalued as the three metrics we used are less than their respective 5 year averages.

Below, we analyze the company through various procedures.

The consensus price target is still in the mid $700s for the analysts that follow AAPL. It represents an incredible upside of 49% from Apple's current stock price of $500. This fits very well with the general analysis that the company is undervalued.

The technical analysis using Moving Average Convergence Divergence (MACD) seems to say that this would be a good time to hold the stock or even potentially buy with the MACD line just creeping below the signal line towards the end of the chart. It's been rather up and down, though. 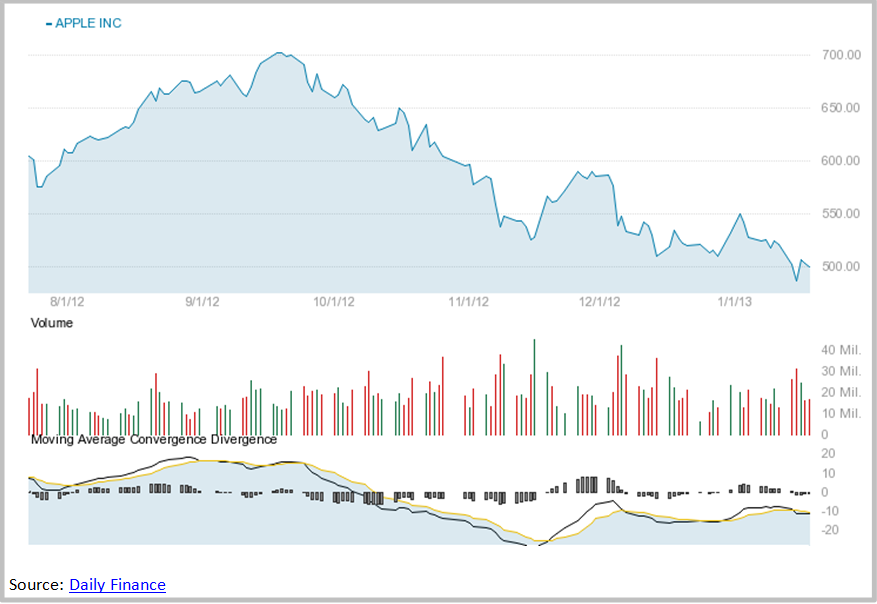 Apple is sitting on a ton of cash and the firm is in a very healthy position both financially and competitively. When looking at other large cap tech stocks, Apple is trading at relatively low multiples and its Free Cash Flow figures are very impressive. Apple is still potentially an extremely attractive investment opportunity, but it seems like hedge funds with their billions of dollars will be in the best position to take advantage of this large cap tech stock.