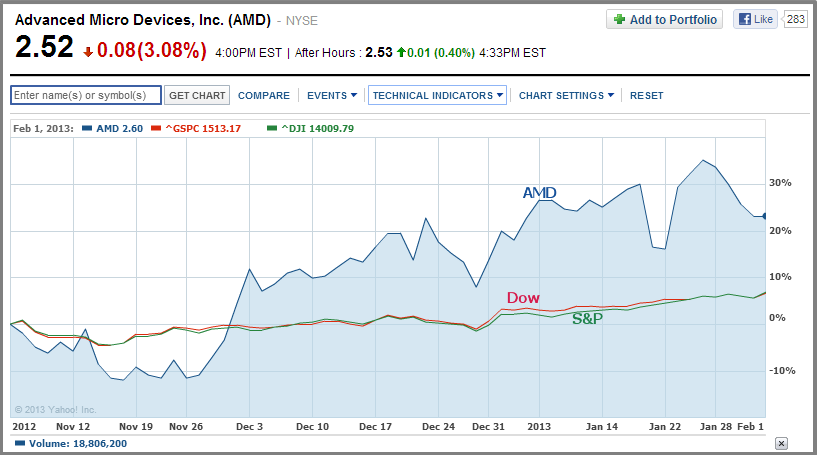 The rise in the stock price over this three month period has been due to encouraging holiday sales, AMD's selling of its Austin, Texas campus to increase cash reserves ($150-$200 million) and news from the firm's CEO, Rory Read that the PC market will improve during the 2nd half of 2013. “I do believe the PC segment in general will have some refresh over the second half of 2013 so I think that will have demand generation,” stated Read during a recent Credit Suisse technology conference.

However, stock analysts and investors do not believe in AMD’s comeback story. Looking back longer than 3 months, the stock has fallen over 60% since February of 2012. Three days ago (2/1/13), analysts at Ford Equity Research released a report reiterating AMD stock as a strong sell. They noted AMD's decreasing EPS (from $0.52 to – $0.43) and negative Operating Earnings Yield of -16.5%