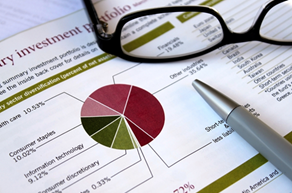 Below is a summary of some of the top mutual fund companies of the year.

These companies have a proven track record of success. They have consistently out-performed the competition, and gained a reputation for reliability or profitability.

These companies are listed in no particular order, but are a cross-section of the most popular mutual fund companies.

When shopping for a mutual fund, there are a few things you want to look for, the most obvious being the performance record of the fund.

If the fund is constantly increasing in value, then it is always going to be popular with investors.

However, other factors also make some funds stand out as the top mutual fund companies beyond the performance of any one individual fund that they manage.

Investors also look at things like who the managers of a given fund are. If a manager has a track record of success with other funds, he will be appealing to investors. A company might also be popular because of its size. Companies that manage much larger funds and who have control over a larger quantity of total assets tend to have some advantages over small-scale firms.

Longevity is another factor worth considering.

The SEC recommends this as something to consider when evaluating any single mutual fund. This process can be broadened to look at the family of funds managed by any given company.

The longer a fund has been around, the more it will show the results of long-term strategies and management. Funds that haven't been around very long might look like they've appreciated in value, but that could be due to a few jumps in a few stocks.

That type of increase might not be representative of how the fund will perform over the long term.

In this table, we look at the overall assets managed, fund options, and an example of a fund managed by some of the top mutual fund companies.

All values are approximate, and meant to provide a frame of reference only.

Fidelity Investments is led by Edward C. Johnson, CEO and chairman of the board.

With 1.9 trillion under direct management, and nearly another 3 trillion administered, Fidelity is without a doubt one of the largest financial companies in the world.

The company has a 65 year history of success that has allowed it to grow to the size it is today.

Fidelity operates some of the largest single mutual funds in the business.

The Contrafund, as an example, holds more than $93 billion. Will Danoff managed the fund as of May, 2014, but it has been around since 1967.

One of Vanguard's claims to fame is being the first company to have an index mutual fund.

The company was officially founded in 1975, but has fund that goes back as far as 1929. The chairman and CEO is F. William McNabb III. Vanguard prides itself on a unique company structure.

The company itself is owned by the mutual funds that it manages. This might sound confusing, but Vanguard maintains that this unique strategy is what allows them to charge minimal fees. They only charge enough fees to cover administration of the fund, rather than also looking to create profit for investors in the company itself.

American Funds has been around since 1931, and keeps a global focus on their investments.

More than a third of their entire managed assets are located outside of the United States.

They also put a strong emphasis on long-term investment strategies. The managers on their funds average 25 years of experience, according to American Funds' website.

Founded by Van Duyn Dodge and E. Morris Cox in the 1930s, this company sticks to traditional investment strategies. They like to focus on the long term, and keep their research entirely in house. They are not nearly as large as some of the other very popular mutual fund companies. However, their history and their track record makes them a popular choice with investors.

2012 was the first time that JP Morgan cracked the list of the top ten mutual funds companies by assets managed. Combined with a long-standing reputation, this growth in the mutual fund arena has clearly made them a popular choice, and one of the top mutual fund companies.

While some companies measure their histories in decades, JP Morgan does so in centuries, with a more than 150 year company history.

This company was named after Benjamin Franklin, because founder Rupert H. Johnson Sr. wanted to found his new financial firm on the principles of savings and investing that he felt were symbolized by Benjamin Franklin. This is another company that makes its mark by focussing on the global investment picture.

Emerging markets are an important part of their business, and they represent clients from more than 150 countries.

With $263 billion in the fund at the time of this writing, it is truly massive by all mutual fund standards.

This company was founded by its namesake in 1937, and is still an independent company owned in part by its employees. As of this writing, the company managed more than $700 billion in assets, and had offices in 12 different nations.

The company puts a strong emphasis on in-house analysis, and believes that the research done by their analysts is what gives them the edge over other investing companies.

Their website states that the average employee has 13 years of experience at the company itself, and even more in the industry as a whole.

BNY Mellon has a history that stretches back to 1784. This company can tie itself directly into the history of the entire country, as it was founded by Alexander Hamilton, and claims to be the “oldest, continuously operating financial institution in the U.S.”

Today, it is operated by Gerald Hassell, who has been with the company for 40 years. The company puts a strong emphasis on its values when choosing investment. It is very concerned with social responsibility and puts an emphasis on environmental stewardship in its investing strategy. The BNY Mellon mutual funds are primarily handled by a subsidiary company, Dreyfuss.

ProFunds is a much smaller, but still popular mutual fund company. They are still popular with the public and provide a good contrast to the other members on this list, as they are still worth considering when shopping for mutual funds. ProFunds only manages $25 billion, which when compared to the scale of some of these other companies, seems quite small.

ProFunds is a relatively new company, dating back to 1997. The company has made much of its reputation by investing heavily in emerging markets. ProFunds uses a lot of risky techniques to cause their stocks to rise sharply, but which can also cause them to drop precipitously. The hands on management style makes them popular with risk-taking investors, but not at all with those who prefer more stable investments.

Choosing Between the Funds

Obviously, these 10 companies give you lots of options to choose from. Yet, it can still be difficult to know where to invest your money. If you're looking for a stable investment that can provide you with reliable financial growth, look at the long term performance of the funds offered by these companies. Those that have shown consistent returns over multiple years are going to be a great option for stable growth. The top mutual fund companies all have funds that should meet these criteria for investors.

Also, don't forget to check the fees involved with any given fund before making a purchase. Mutual funds typically come with fees that go towards the administration and management costs of the fund. A fund with high fees can eat up any potential profits very quickly.